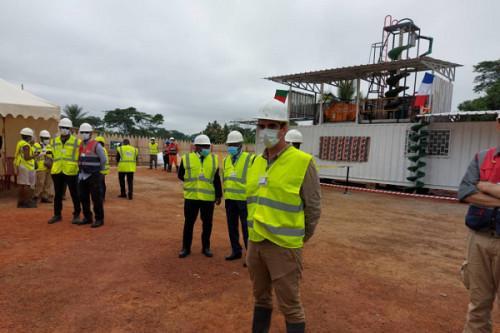 (Business in Cameroon) - On July 1, 2021, in Akonolinga, Minister of Mines Gabriel Dodo Ndoké presided over the inauguration of a pilot rutile processing unit. According to French company Eramet’s executives, this pilot unit will help separate rutile from the other mineral elements and therefore provide an accurate overview of the commercial potential of the Akonolimga block.

Indeed, in about three years, the exploration works launched by Eramet on the Akonolinga rutile block will be completed with the signing of an investment agreement with the Cameroonian government. With that agreement, Eramet can proceed to the industrial exploitation phase.

During a recent field visit, Fuh Calistus Gentry, Secretary of State to the Minister of Mines, indicated that the preliminary assessments of the Akonoling potential were encouraging, adding that the first deposit had already been confirmed and hopes were high that new deposits would be discovered.

Officially, Cameroon’s rutile potential is about three million tons, making the country the second-largest rutile reserve in the world after Sierra Leone. Therefore, with the exploitation of the Akonolinga rutile, Cameroon will become one of the leading actors in the world's metallurgy market since rutile is the raw material needed for metal production. This will ultimately boost the mining sector’s contribution to GDP in Cameroon (Currently, the mining sector’s contribution to GDP is estimated to be less than 1%).