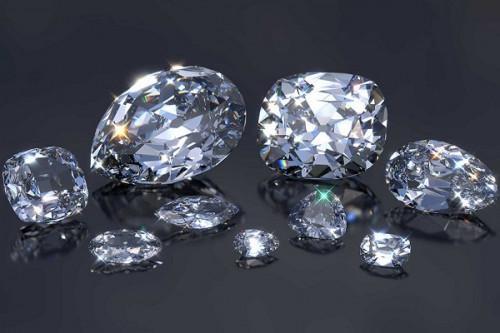 (Business in Cameroon) - In 2019, artisanal miners operating in Cameroon exported 654.6 carats of diamonds, according to the National Permanent Secretariat for the Kimberley Process, whose monitoring committee held its ordinary session on December 28, 2019, in Yaoundé.

Officially, these exports were made possible thanks to the issuance of seven certificates to operators, generating a little more than XAF45 million.

However, according to the national permanent secretariat, these exports do not reflect the country's real potential, as large quantities of Cameroonian diamonds continue to escape formal export channels.

As proof, while 654 carats was exported, the national permanent secretariat of the Kimberley process reveals that it has been able to trace, throughout 2019, a production of over 1,595 carats of diamonds.

Much of the production traced in this way may have ended up in informal channels, usually maintained by traffickers who scour the mining fields in the eastern region of the country, which is Cameroon's main mineral production basin.

As a reminder, the Kimberley Process is an international mechanism for tracing diamonds traded around the world in order to prevent these precious stones from being used to finance wars in various hotbeds of tension around the world.