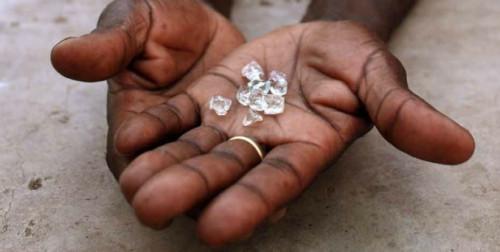 (Business in Cameroon) - Miners operating in Cameroon produced just over 1,791 carats of diamonds in 2018, according to the national permanent secretariat of the Kimberly Process Monitoring Committee, the international mechanism for mapping diamonds traded worldwide to prevent them from being used to finance wars.

The diamond output is recovered from the 30 currently active production sites, out of the 46 across the country. Apart from the good performance, the national permanent secretariat particularly hailed the efficient traceability of diamonds produced in the country.

On December 2, 2016, in the aftermath of a Kimberly Process assessment mission to Cameroon, a Partnership Africa Canada (PAC) report denounced the “inability” of Cameroonian authorities “to implement the Kimberley Process”.

These accusations had been formally denied by the Cameroonian authorities, and had also not been confirmed by the mission of experts of the International Kimberly Process Committee, which had conducted an investigation in several localities in the eastern region of Cameroon during the first half of December 2016.