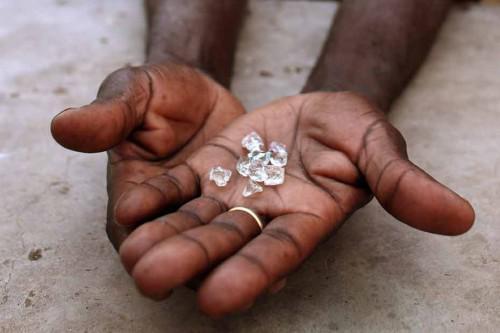 (Business in Cameroon) - During an audience with the Minister of Mining, meeting during which he led the experts of the International Kimberly Process Committee undertaking an evaluation mission in Cameroon, Kizito Mvogo, Kimberley Process Permanent National Secretary in the country, rejected the Central African diamond traffic accusations levelled against Cameroon by Partnership Africa Canada (PAC).

Mr Mvogo did not however provide any detail to support his stance on a Pac investigation published on 2 December 2016, document which presented Cameroon as a hub for the smuggling of Central African blood diamonds.

Entitled “From conflict to illicit: Mapping the diamond trade from the Central African Republic to Cameroon”, this PAC report, which denounces the “incapacity” of the country “to implement the Kimberley Process”, reveals that “Cameroon allows conflict diamonds from the Central African Republic to cross its borders and enter the legal supply chain, due to poor monitoring, smuggling and corruption”.