About 5,000 carats of diamonds are produced along the Cameroon-CAR border every year (Kimberley process) 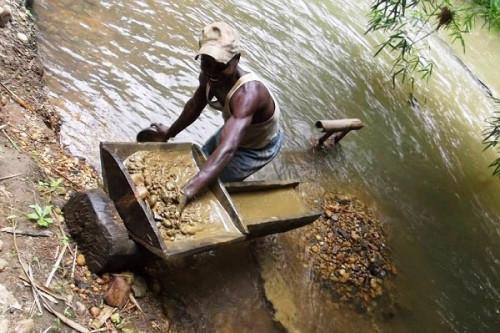 (Business in Cameroon) - According to Daniel Mackaire Eloung Nna, Permanent Secretary of the Kimberley Process National Monitoring Secretariat, artisanal miners along the border between Cameroon and the Central African Republic in the east of the country produce about 5,000 carats of diamonds each year.

However, despite the measures taken by public authorities, this production is difficult to channel into formal routes, not only because of the porous nature of the borders but also because of the traffickers who scour the mining fields of both countries and supply informal marketing channels, mining experts note.

This exploitation of diamonds on the border between the two countries has often led to Cameroon being accused of being a hub for the trafficking of precious stones from the Central African Republic, a major diamond-producing country.

For example, in a report released on December 2, 2016, on the eve of a Kimberley Process assessment mission to Cameroon, Partnership Africa Canada (PAC), a funding mechanism supported by Canadian and African NGOs, revealed that “Cameroon is allowing conflict diamonds from the Central African Republic to cross its borders and enter the legal supply chain...”

These accusations were immediately rejected by Cameroon, which had in fact authorized a fact-finding mission by experts from the Kimberley Process, an international mechanism for tracing diamonds traded around the world, to prevent these precious stones from being used to finance armed conflict.