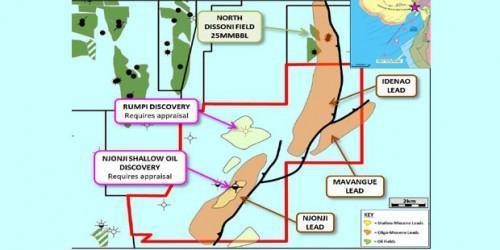 (Business in Cameroon) - Tower resources just announced that it has contracted Oilfield International Ltd (OIL) to assess the potential reserves of the Thali block.

This contract was awarded following a call for tender and, according to the contract, OIL will examine Tower resources' works on the block till date and the historical well data. The consultant will also use the pending reprocessed 3D seismic data.

In a press statement, OIL announced that the operation would be completed by May 2018 and the report published a little after the assessment is completed.

“We are looking forward to completing a more detailed evaluation of the many prospects on the Thali block, especially the existing discoveries at Njonji. Our work and OIL's work, over the coming weeks, should identify new potential leads and prospects, and will crystallise greater confidence in the volumetric estimates", said Jeremy Asher, Chief executive of Tower Resources.

For the record, this new assessment is one of Cameroon’s conditions for the extension of Tower resources’ license on the Thali block. Once it gets the license, the AIM-listed company plans to drill new wells before the end of 2018.