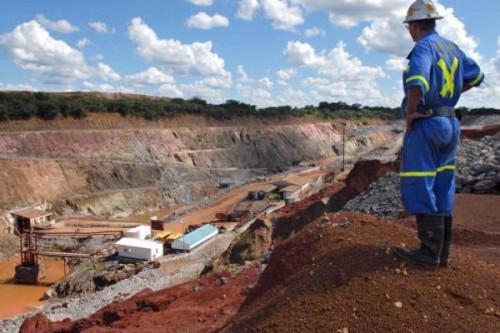 (Business in Cameroon) - The Akonolinga rutile mine, in Central Cameroon, will enter its exploitation phase in 2025. This was revealed after a meeting between Cameroon’s Mines Minister Gabriel Dodo Ndoké and executives of Eramet, the French group in charge of the development of the mining project.

"Eramet is one of the most successful mining companies in Cameroon. They have abided by their contractual obligation duties. (...) The next step for them is to obtain the mining agreement,"  said Fuh Calistus Gentry, Secretary of State to the Minister of Mines, to the government daily Cameroon Tribune.

State Minister Gentry added that the negotiations for that mining agreement would start once the result of the last rutile deposit potential’s estimate are available. The new estimate will make Cameroon the world’s largest rutile deposit, Mr. Gentry confided.

For the time being, Cameroon's rutile potential is close to 3 million tons, making the country the world's second-largest deposit, behind Sierra Leone. In that regard, the exploitation of  Akonolinga rutile deposit will push Cameroon into the rank of the major players in the international market for alloy metals and metallurgy, where rutile is used as the raw material.

Such a scenario will boost the contribution of the solid mining sector to the country's GDP. Currently, the sector is contributing less than 1% to Cameroon’s GDP, according to official estimates.