Cameroon suspends a mining license in the East after the May 30, 2021, deadly incident in Kambélé 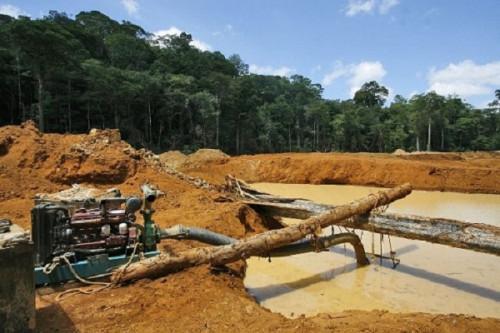 (Business in Cameroon) - On June 4, 2021, the Cameroonian Minister of Mines Gabriel Dodo Ndocké issued a decision suspending the artisanal mining permit issued for a site in Kambélé, in the East. According to the decision, this suspension was decided because artisanal mining norms, as well as environmental and security rules, were violated causing the serious accident of May 30, 2021, that claimed several lives.

Local sources reveal that the landslide that claimed the lives of the miners occurred because the mining operator exploiting the site did not fill the holes dug on the site. This violation of the requirement to fill mining holes is not new in Cameroon.

According to local NGO Forêt et développement rural (Foder), between January and April 2021, 14 artisanal miners lost their lives in mining fields in the eastern region because of that same violation. Records show severe losses, as FODER claims that 157 people died between 2013 and April 2021.

Indeed, Cameroonian laws require mining operators to fill the holes and trenches they dig during gold exploration once they are done with the sites. However, many mining companies ignore that requirement. Such violations either cause human losses (when there are landslides or when the holes are filled with water during rainy seasons) or destroy the environment.

On April 1, 2020, infuriated by the violations, Minister Gabriel Dodo Ndocké published a list of companies it was allowing 60 days to restore the mining sites they had explored or face a suspension of their mining licenses. The May 30, 2021, accident in Kambélé proves that the phenomenon is far from being quelled in Cameroon.