CEMAC: Many jobs will be lost if the current foreign exchange regulation is applied in the extractive industry, the African Energy Chamber believes 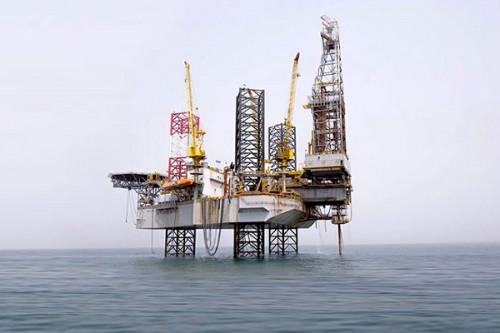 (Business in Cameroon) - On November 5, 2020, Abbas Mahamat Tolli (governor of the Bank of Central African States-BEAC) signed a decision extending the deadline for extractive companies to comply with the new foreign exchange regulation by an additional 12 months. Specifically, instead of December 31, 2020, this regulation will be enforced onto oil and mining companies operating in the CEMAC region starting from December 31, 2021.

According to the BEAC, this 4th extension of the application deadline (it was already extended to September 1, 2019, moved to December 10, 2019, then to December 31, 2020) is due to the coronavirus because of which the working sessions scheduled (in the November 12, 2019, circular letter) to be held with the extractive companies were not organized.

The central bank also allows oil and mining companies up to April 30, 2021, to transmit "the list of onshore and offshore accounts opened to date (including the accounts of their Single Resolution Fund-SRF).” It explains that the list should detail the domiciliary bank, the number and title of the account, the account currency, the opening date, and the purpose of the account. They should also include the most recent one-month account statement, the bank opening documents, the lending, borrowing, and investment agreements signed with banks and/or other financial institutions located outside CEMAC, and the oil and mining contracts.

According to the governor, the deadline will not be extended for companies that will not transmit the requested information within the stated deadlines. They will also be immediately subjected to the provisions of the law of December 21, 2018, regulating foreign exchange transactions in the CEMAC region.

The November 5, 2020, decision points at the BEAC’s resolve to get the foreign exchange regulation applied by companies in the extractive industry but new developments in the corporation suggests those companies will oppose the implementation of that law (despite the negotiations initiated, since 2019, by the IMF which strongly supports the implementation of that law by extractive companies).

Indeed, in a release published on November 9, 2020, Leoncio Amada Nze (Managing Director of Apex Industries Equatorial Guinea and Executive President of the African Energy Chamber within CEMAC) indicated that many jobs would be lost if the current foreign exchange regulation was to be applied.

Currency repatriation: the apple of discord

"The African Energy Chamber understands governments’ desire to protect their declining foreign exchange reserves as a result of reduced revenues from oil and gas revenues since the 2014 drop in oil prices and the recent drop triggered by covid-19. However, we believe that the new foreign exchange regulation is a poor and inappropriate response to these new market dynamics. It is a trigger for more bureaucracy, corruption and is the ultimate killer of jobs (Ed.note: only 0.68% of jobs in Cameroon are in the extractive industry, according to the 2017 EITI report)," said Leoncio Amada Nze, who was speaking on behalf the companies against the implementation of the new regulation.

He believes that unlike what is specified in the new foreign exchange regulation (which came into force on March 1, 2019), the contracts signed with the states do not allow them to repatriate the foreign exchange proceeds from the sale of oil, gas, and mining resources produced in the CEMAC region.

Indeed, the regulation requires extractive companies to repatriate the proceeds of exports exceeding XAF5 million within 150 days following the date the products were exported (Ed.note: it set heavy penalties for companies that would not do so). It also subjects the opening of accounts denominated in foreign currencies to prior authorizations from the BEAC and introduces a 0.5% tax applicable to wire transfers exceeding XAF1 million.