Cameroon: SONAMINES lists its achievements and growth plans, a year after its creation 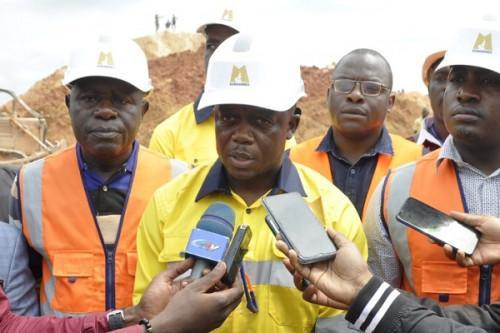 “We know for instance that there is a strong demand for raw material used by cement producers. So, we are planning to exploit pozzolana quarries to meet that demand. We also have projects in other sectors but those projects will mature next year [2022] and possibly enter the exploitation phase in 2023,” explains Serge Hervé Boyogueno, director-general of SONAMINES.

For the director-general, SONAMINES’ upcoming effective entrance into the mining exploration and exploitation will provide the company with enough financial resources to operate as effectively as possible. "As you are certainly aware, Sonamines has a share capital of XAF10 billion. That resource will not be sufficient to boost the company’s development and help it accomplish all the tasks expected of it. This is why we started developing the projects under maturation. In the medium term, they will guarantee financial autonomy," he said.

In its first year of existence, apart from maturing projects, SONAMINES has also developed a strategy to channel gold and diamond into legal routes and market them. Previously, the marketing of gold and diamond from Cameroonian mines was handled by CAPAM. But, since its creation, SONAMINES has assumed that task and the assets of CAPAM, in compliance with applicable laws. The production channeling and marketing plan SONAMINES elaborated is being validated, the director-general indicated adding that once validated, it will enhance the company’s performance in the collection of those two mining resources.

A rise in the volume of gold collected

The hopes in that strategy are all the higher given that over the past five months, Sonamines almost collected double the volume of gold usually collected in Cameroon’s gold mines. According to the company, between July 17 and November 30, 2021, 43.46 kilograms of gold were collected from artisanal miners, up by 93% year-on-year and 138.9% higher than the volume collected during the same period in 2019.

“To optimize the activity, Sonamines plans to encourage the creation of cooperatives and support existing ones for optimal support in capacity building and offering various support to boost their production and buy it from them later,” the director-general of SONAMINES said. He added that this year (2021), the company participated in the negotiation of three mining licenses introducing the production-sharing terms that were till then only applied in the exploitation of liquid mineral resources.