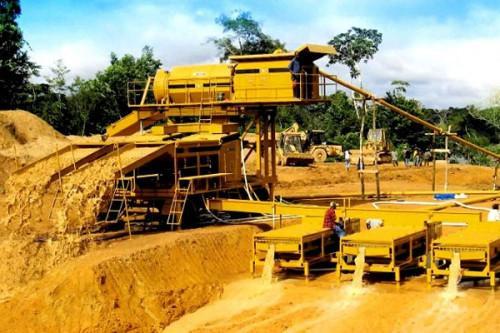 (Business in Cameroon) - Cameroon, and exploration and mining firm Caminco are currently negotiating a mining agreement for the Mborguéné, Bétaré Oya and Garoua Boulaï  goldmines in the East, according to the Ministry of Mines.

For the time being, there are not many details about the negotiations. But the potential of the Mborguéné deposit is already known: two million tons of gold. The deposit is located in the Bétaré Oya District (a major gold-producing area in the East) where Caminco already has an exploration permit covering 1,000 square kilometers.

The firm was created in 2003 by South African and Danish investors. Later, some Chinese investors joined its stakeholding. In 2018, it was named in a scandal revealed by the Ministry of Mines. According to reports, a Chinese company, Peace Mining was illegally operating using Caminco’s documents. The investigation was unable to prove Caminco was aware of Peace Mining’s illegal operations but the scandal affected its reputation. That same year, several firms, Caminco included, were sanctioned because they failed to rehabilitate previous sites they mined.