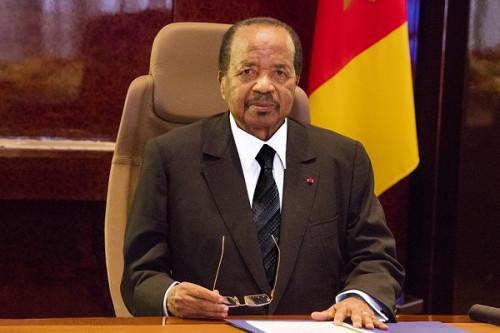 (Business in Cameroon) - Negotiations between Cameroon and Sundance Resources (and its local subsidiary Cam Iron SA), which began in the second half of 2021, for an amicable settlement of the dispute over the Mbalam iron ore mining project, have failed.

The Australian mining company brought the case to the International Court of Arbitration of the International Chamber of Commerce in Paris in June 2021 to force Cameroon to grant it an operating license on the project, after the mining convention of November 29, 2012, and the transition agreement of June 30, 2015. The company said Cameroon was about to grant the license to another partner.

Sundance wants Cameroon to at least repay the amount it invested in the research phase. The money is estimated at CFA94 billion (subject to audit), according to the Minister of Mines, Industry and Technological Development (Minmidt), whose services led the negotiations with the Australian mining company.

Gabriel Dodo Ndocké believes that paying this “debt” will put a definitive end to the battle between the Cameroonian government and Sundance Resources but President Paul Biya (pictured)  seems to disapprove. In a letter dated April 18, the President said he prefers an arbitration approach and has already contacted Thierry Lauriol, a lawyer at the Paris bar and partner in the firm Jeantet, to defend Cameroon before the court. Thierry Lauriol was Congo's lawyer before the court of arbitration of London when the country was battling against the same company for the Congolese part of the same project.

The lawyer should have already filed the response of the State of Cameroon to the request for arbitration before the deadline of April 30, 2022. Under this strategy, the Minister of Finance, Louis Paul Motazé, was instructed to urgently make $55,000 (about 34.57 million CFA francs) available to the collector at the Embassy of Cameroon in Paris. The money covered the urgent procedure that ended April 1, 2022, by a decision not favorable to Cameroon. The International Court of Arbitration in Paris issued a provisional decision prohibiting Cameroon "from issuing an exploitation permit for the Mbalam iron ore deposit or from issuing any instrument or document having a similar effect, to Sonamines or any other entity," Sundance reported.

In August 2021, Sundance Resources announced it was relying on arbitration proceedings against Cameroon and Congo to pay debts owed to its shareholders estimated at $132 million (about CFA70.86 billion), as of the end of January 2021. In Congo, the Australian firm is claiming damages of $8.76 billion, or more than CFA4,700 billion at the current value of the US dollar.

Since 2015, after several extensions of its exploration license on the project, the Australian mining junior has not managed to secure a technical and financial partner for the implementation of infrastructure related to the Mbalam project (construction of a railway more than 500 km between Mbalam and Kribi, of the mine and a mineral terminal at the deepwater port of Kribi). Successive attempts with the Chinese companies China Gezhouba, in 2015, Tidfore Heavy Equipment Group Ltd, in 2018, and AustSino, after 2018, have all failed.

On June 25, 2021, in Yaoundé, Cameroon signed an MoU with AutSino Resources Group Ltd and Bestway Finance Ltd for the construction of the railway (more than 500 km) linking Mbalam to the deepwater port of Kribi. This prompted Sundance to take AutSino to court in Australia for breach of trust. Sundance believes that the Chinese company used the data it had provided to negotiate and obtain the Mbalam permit behind its back.