Cameroon: 30kg of gold seized at the Yaoundé-Nsimalen international airport 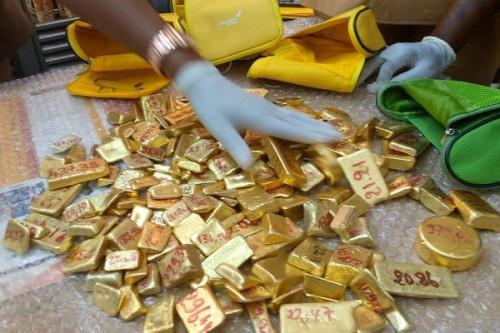 (Business in Cameroon) - On the night of May 18 to 19, 2021, 30 kilograms of gold were seized at the Yaoundé-Nsimalen international airport, official sources reveal.

Because of this preponderance of informal gold trades, Cameroon is not considered a gold producer or exporter.

Even the central bank BEAC wrote that in the CEMAC region, only the Central African Republic and Gabon are gold producers and exporters. Yet, in Cameroon, several licensed gold mining companies operate in the Eastern region along the thousands of artisanal miners.

Years ago, to end gold trafficking on the national territory, Cameroon created the Artisan Mining Support and Promotion Framework (CAPAM). However, credible sources believe that the support framework will cease to exist with the creation (in December 2020) of the National Mining Corporation (SONAMINES), which is Cameroon's secular arm in mining exploration.