Mbalam-Nabeba iron ore exploitation: Towards a memorandum of understanding to relaunch the project 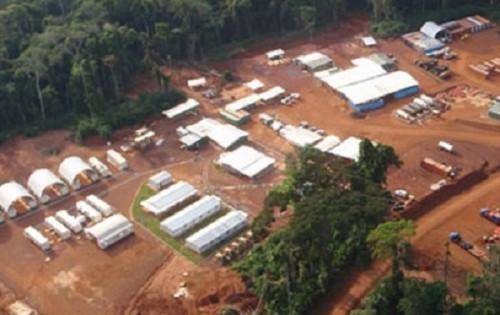 (Business in Cameroon) - In Cameroon, the Minister of Transport Jean Ernest Ngallé Bibéhé and his peer of Mines Gabriel Dodo Ndoke have been authorized to sign a memorandum of understanding for the construction of the 510km railway that will connect Mbalam to the Kribi deep seaport. The authorization was convened in a letter dated June 14, 2021, by Ferdinand Ngoh Ngoh, Secretary-General of the Presidency of the Republic.

According to the letter, this memorandum of understanding is one of the measures needed to relaunch the Mbalam iron ore project, in cooperation with Congo.

Indeed, one of the roadblocks to the effective launch of the Mbalam-Nabeba iron project straddling Congo and Cameroon is the search for partners who will fund the construction of infrastructures through which the deposit will be exploited. The infrastructures are notably the mine, the 510km railway, and the mineral terminal at the Kribi deep seaport.

With the letter sent to the Minister of Transports, one could believe that the Cameroonian government has found one or several firms interested in the project. Indeed, after several failed attempts of Australian mining firm Sundance Resources, which was initially selected to develop the project, the government decided to take over the search for firms that will fund the project, the infrastructures segment notably.

The letter does not hint at the firms or consortium concerned by the memorandum of understanding but an informed guess is that they are Chinese operators. Indeed, in early December 2020, while defending the budget of his Ministry before the national assembly, Minister of Mines Gabriel Dodo Ndocké announced that this year, the country would finalize the selection of technical and financial partners that will exploit the mines, build the railway and mineral terminal, as well as the buyers of the ore from the Mbalam-Nabeba mine.

Without giving further details, Minister Dodo Ndocké stressed that the government would collaborate with a consortium of five Chinese state-owned firms. This revelation prompted a dispute notice from Sundance Resources, which was unwilling to cede the development of the project. After a conciliation attempt, Sundance brought the dispute before international arbitration courts to claim damages for its announced eviction from the project.

Another educated guess is that one of the Chinese firms concerned by the memorandum of understanding to be signed is the China Ghezouba. Indeed, in 2015, Cameroon was about to sign an agreement with the Chinese group for the financing and construction of the infrastructures required for the exploitation of the Mbalam-Nabeba iron ore deposit. However, the signing was reported. Officially, China Ghezouba claimed it lost interest in the project due to the unattractive prices of iron on the international market at the time.

However, sources close to the process indicate that China Ghezouba had set a key condition for its involvement in the project. The condition was that the firm will take over the development of the deposit, meaning Sundance Resources will be evicted. With the new developments, it seems that this condition, rejected at the time by Cameroonian authorities, is about to be met.