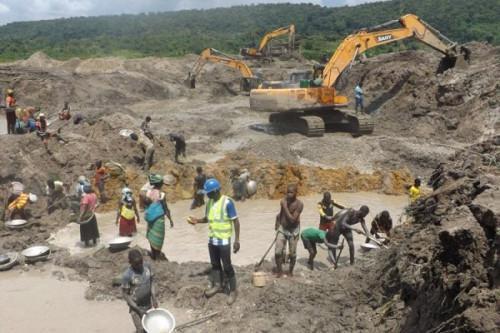 (Business in Cameroon) - Today September 21, 2021, the National Mining Corporation (SONAMINES) officially launched an awareness campaign against child labor on mining fields. According to the state firm, the aim of this campaign is to contribute to the end of child labor on Cameroonian mines through various measures supporting education and literacy.

One of those measures includes donations handed the same day to schools located in Kambele, one of the mining regions in the East. In the framework of the campaign, SONAMINES is also committing to take care of the education of 153 children in the area and reward best-performing students at the end of school years.

This initiative is taken just weeks after the Ministry of Mines issued a decision, on August 30, 2021, prohibiting children’s access to mining sites in Cameroon.

"As from the date of signature of this decision, children are strictly forbidden to access mining and exploration sites all over the national territory," the Minister of Mines wrote. Also, children below the compulsory schooling age specified by law are forbidden to perform any tasks on those sites.

Prior to that decision, the local NGO Foder had already been advocating for the fate of dropout children in the Eastern region. According to the NGO, many of those children have lost their lives on unrestored mining sites in recent years.