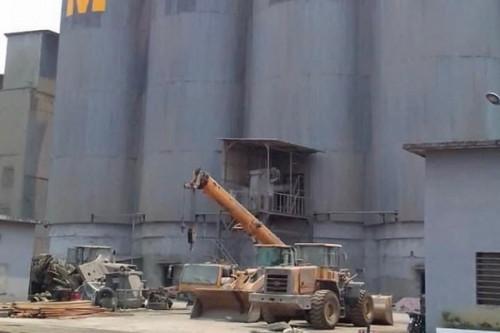 (Business in Cameroon) - Cement manufacturer Mira SA will soon launch the construction of an industrial complex in the North region of Cameroon. Reliable sources revealed that the CFA120 billion infrastructure will integrate a clinker production unit with an annual capacity of 700,000 tons.

The completion of this project will make Mira SA the second largest clinker producer in the region, behind Cimencam. As a reminder, the Prime Minister launched in October last year the construction of a new Cimencam plant in the town of Figuil. This unit added 500,000 tons of cement and 1,000 tons of clinker to the company’s annual output.

Increased local clinker production is expected to drive down cement prices. "If we manage to produce one million tons of clinker locally each year, the price of a 50 kg bag of cement could fall to around CFA4,000 or CFA4,200 (compared to CFA5,400 and CFA5,500 currently, Ed. note),” a market player said.

Let’s recall that Dangote Cement, a giant in the sector, initiated a few years ago a plan to exploit the limestone deposit of Mintom, southern region, to produce clinker locally and help reduce cement prices in the country. But the project could not be completed because nearly 70% of the deposit is submerged by the waters of the Dja River. This scenario makes it more complex and costly to exploit this deposit, whose potential is estimated at 540 million m3 by the Institute of Geological and Mining Research (IRGM).