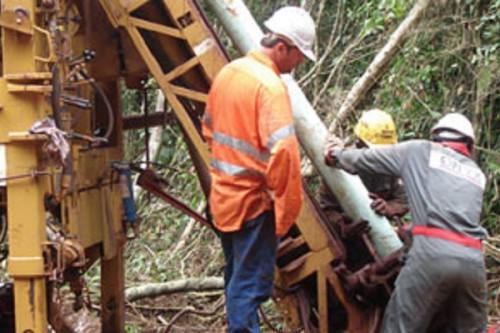 (Business in Cameroon) - On June 25, 2021, in Yaoundé, Minister of Transports Jean Ernest Ngallé Bibéhé will sign on behalf of Cameroon a memorandum of understanding (MoU) for the construction of the 510-km railway connecting Mbalam to the deep seaport of Kribi. Officially, this MoU will be signed with Chinese firms AutSino Resources Group Ltd and Bestway Finance Ltd.

This signature will mark the relaunch of the project for the exploitation of the Mbalam-Nabeba iron ore deposit straddling Cameroon and Congo. For close to nine years now, the project has been stagnating because Australian junior mining firm Sundance Resources (initially chosen to develop the project) was unable to attract financial partners for the construction of the infrastructures required for the project (the mine, the Mbalam-Kribi railway, and the mineral terminal at the Kribi deep seaport namely).

Established in June 2020, in Hong Kong, Bestway Finance Limited appears now as the financial partner of Cameroon and Congo in this iron ore exploitation project. Indeed, according to Congolese media, the investment firm has stakes in Sangha Mining Development Limited, the firm that received the mining permit Congolese authorities withdrew from Sundance Resources.

For AutSino Resources Group Ltd, this MoU is a big comeback on the project. Indeed, in 2018, Cameroonian and Congolese authorities initiated negotiations with the firm to attract its investment in the Mbalam-Nabeba project. At the time, the agreement being negotiated was that Sundance would cede the majority stake (US$58.250 million or close to XAF34 billion) to AutSino, which will then take over control of the project and its development.

However, after two years of unsuccessful negotiations, Sundance terminated its prior agreement with AutSino. “ “It is disappointing that we have been unable to conclude the agreement with AustSino, given the potential that our proposed tie-up could have delivered. However, we owe it to our shareholders to provide certainty on the way forward for Sundance, which is why termination of the agreement with AustSino was the responsible step to take,” Sundance CEO Giulio Casello commented in a market update on November 12, 2020.

This MoU is obviously a good bargain for AutSino. Indeed, by not negotiating with Sundance and by working out an agreement directly with Cameroon, AutSino will certainly not disburse the XAF34 billion contribution required by Sundance, the former developer of the project.

As for Cameroon, through the MoU, it is securing two clients, with whom it will conclude the final agreement of this partnership.

The Mbalam-Nabeba iron ore exploitation project consists of the 2-phase development of a large iron ore deposit straddling Cameroon and Congo. Sundance Resources Ltd, which was first selected to develop the project, estimated the annual production during the first phase of the project at 40 million tons of direct shipping ore. During that phase, the mine’s lifetime will be 12 years. In the second phase, the mine’s lifetime will be extended to over 15 years with the production of high-grade itabirite and hematite iron ore.

To develop the whole project, over US$8 billion (about XAF4,500 billion) is needed. Around 2016-2017, as there was no progress in the project, the country decided to start looking for new financial and technical partners for the construction of the infrastructures required for the development of the Mbalam-Nabeba project. This became effective recently, prompting disputes with Sundance.

With the MoU with AutSino-Bestway Finance for the construction of the Mbalam-Kribi railway, the country still has to find partners for two strategic infrastructures. The infrastructures are namely the mineral terminal of the Kribi deep seaport and the mine itself.