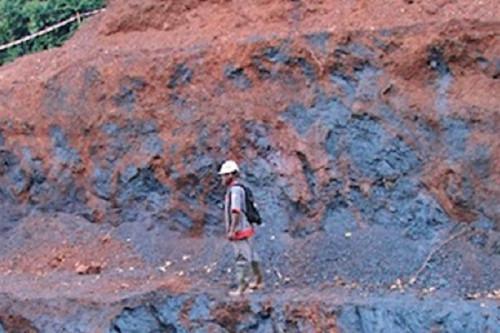 (Business in Cameroon) - Australian mining junior, Sundance Resources, has taken a new legal action against the Cameroonian government. The dispute is over the Mbalam Iron permit, which the government awarded on August 17, 2022, to Cameroon Mining Company (CMC) Sarl -a subsidiary of Singapore-based investment vehicle Coconut Logic Holdings. The latter also controls the capital of Bestway Finance.

In an October 21 statement, Sundance Resources said it issued a notice of expropriation dispute to the Republic of Cameroon on October 18, 2022. “The Notice was issued following a presidential decree (“Mbalam Decree”) granting an exploitation permit over the Mbalam iron ore tenement to an entity named Cameroon Mining Company SARL […] The Mbalam Decree was a direct violation of the ICC interim order of 1 April 2022. The Mbalam Decree constitutes a further breach of contract and an unlawful expropriation of Sundance and Cam Iron's rights in respect of Mbalam,” explained the company. The Notice gives Cameroon 15 days to respond with an amicable settlement offer. Otherwise, Sundance and its local subsidiary Cam Iron will refer the expropriation event to arbitration, in addition to the claims Sundance and Cam Iron have already made against Cameroon.

The emergency arbitration ended on April 1, 2022, with a decision against Cameroon. The International Court of Arbitration in Paris issued an interim decision prohibiting the country “from issuing an exploitation permit concerning the Mbalam iron ore deposit or issuing any instrument or document having a similar effect, to Sonamines or any other party except Cam Iron,” Sundance reported, saying Cameroon has violated this decision with the decree of August 17, 2022. The panel of the ICC Paris arbitral tribunal that will rule on the case has already been constituted. The next step is to confer with the parties and establish the timetable and rules of procedure.

The reason for the dispute between the Australian company and Cameroon is that although the company has received several license renewals on the Mbalam deposit, it has always failed to find a technical and financial partner to implement the infrastructure related to the Mbalam mining project (construction of a railroad more than 500 km between Mbalam and Kribi, the mine and a mineral terminal at the deepwater port of Kribi). Successive attempts with Chinese companies China Gezhouba, in 2015, Tidfore Heavy Equipment Group Ltd, in 2018, and AustSino, in 2018, have all failed. Because of that situation, the Cameroonian government has decided to award the permit to other partners, including AutSino Resources Group Ltd and Bestway Finance.

Sundance believes it has been abused by AutSino since the Chinese company signed a contract related to the project’s railway component directly with the State of Cameroon on June 25, 2021, in Yaoundé.