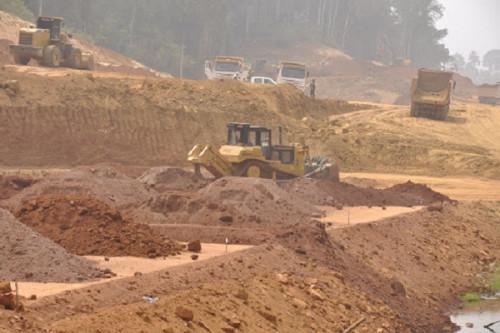 (Business in Cameroon) - British group BWA Resources “secured its direct exposure” to Cameroon with the obtention of a first license covering an area of 497 km2 in Nkoteng, according to KalkineMedia.

The media reveals that this license obtained after 4 years of negotiations with Cameroonian authorities was awarded in December 2019.

It allows BWA Group to research rutile sands and other minerals such as zircon, kyanite, and ilmenite, to assess the viability of their commercial exploitation. “ The license has reportedly been granted for 3 years, which includes a financial commitment of £260,000 in the 1st year, followed by £195,000 each in the 2nd and 3rd years. The BWA group expects the license value to fully support the expenditures the company had incurred on achieving the license,” the media writes.

In addition to Nkoteng, BWA has also recently obtained a second exploration permit in an area called Dehane (a village near Edéa in the Littoral region of Cameroon) for its research on rutile sand and other minerals to capitalize on potential commercial exploitation opportunities in the area. The financial data about this operation have not been published yet. With the Dehane permit, BWA can explore an area of 132 km2 in that part of Cameroon.

“BWA has developed good relations within Cameroon and has experienced staff on the ground. The company is fully committed to developing the two licenses it recently obtained but is open to good additional opportunities should they arise,” said Richard Battersby in an interview with KalkineMedia.

BWA Group was originally established as a textile company in Lancashire in 1932. It operated as a shell company until five years ago when it acquired nearly 13% of the shares of the mineral exploration company Mineralfields Group. Over time, the group developed an interest in exploring rutile sand known for its titanium dioxide composition which is widely used in titanium metal fabrication and welding rod flux.