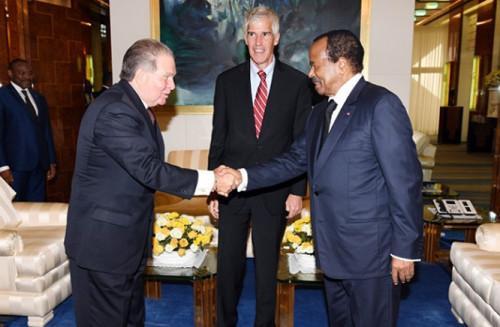 On July 25, Geovic’s CEO Michael Mason was granted an audience by president Paul Biya in Yaoundé.

At the end of the audience, Michael Mason indicated that this $400 million (about XAF235.4 billion) project, with an assumed lifespan of 40 years, will have valuable impacts on Cameroon’s development.  For instance, about 700 direct jobs will be created, various taxes and duties paid to government and technology transfer. In addition, young Cameroonians will be trained in the framework of the project.

According to the presidency, works will start as soon as the project’s agreements are signed by both parties.

Before this meeting, an audience was granted by Ferdinand Ngoh Ngoh, general secretary at the presidency, to William Alan Buckvic, founder of Geovic Mining Corp, on February 21, 2018. During the audience, Geovic’s founder explained that his group wanted to resume exploitation of the Nkamouna and Lomié projects, which have been on stand-by for 16 years now.

During the hibernation period, Geovic even tried to sell all of its assets in projects to Chinese firm Jiangxi Rare Metals Tungsten Group Holdings Company Ltd.