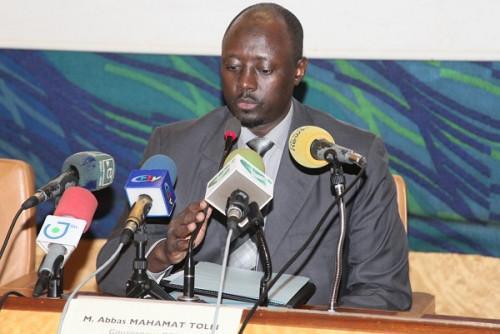 (Business in Cameroon) - After many consultations, BEAC, the central bank of CEMAC countries, has decided to extend the deadline set for oil and mining companies to comply with the new foreign exchange regulation.

After two consecutive extensions, September 1 and December 10, 2019, notably, the regulation that officially entered into force in March 2019, will be enforceable to oil and mining companies operating within CEMAC starting from December 31, 2020.

This was revealed on December 18, by BEAC’s governor Abbas Mahamat Tolli (photo) at the end of the Monetary Policy Committee’s last meeting for this year, in Douala.

The implementation of the new regulation was followed by a currency shortage in the zone because of the non-compliance by commercial banks. Following consultations between these commercial banks, the BEAC and economic operators, easing measures were taken. These measures finally helped end the currency crisis and fluidified international transfers.

Six months after the entry into force of this regulation, which helps better trace the circulation of money within the CEMAC zone, oil and mining companies are not yet subjected to it. The reason is that they are against the requirement to repatriate the foreign currencies gained from their exports operations.

Those companies, because of the peculiarities of their activities, benefit from the facilities provided by CEMAC countries allowing them not to repatriate the proceeds from their exports activities.

To find common grounds on the disputed requirement, BEAC, while stressing the necessity for all companies to comply with the requirements of this new regulation (stance adopted by the IMF), initiated consultations with the oil and mining operators.

According to our sources, the central bank recruited a renowned firm to help take required measures and make the necessary amendments that will ultimately let those companies comply with the new regulation without hurting the smooth running of their activities.