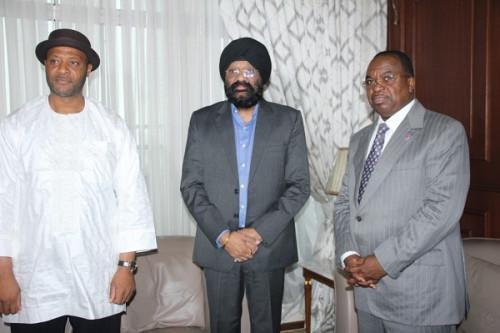 Talks mainly focused on the evolution of the project as well as suggestions to tackle technical issues encountered with the finance administration, to ensure effective progress in works. They evoked tax incentives that will help facilitate carrying out the project; a project whose potential is yet to be officially estimated.

As a reminder, Jintal has been operating the Ngovayang iron ore deposit for 5 years after it acquired the interests of Australian Legend Mining in the project for $17 million. The project covers three licenses of about 2970 Km2. But, Jintal first wanted to acquire the Nkout iron ore project from British Affero Mining thanks to an exclusive agreement inked in 2012. But Affero finally sold the license to IMIC, owned by Ousmane Kane who is a member of Affero’s Board and former governor of the Central Bank of Mauritania.