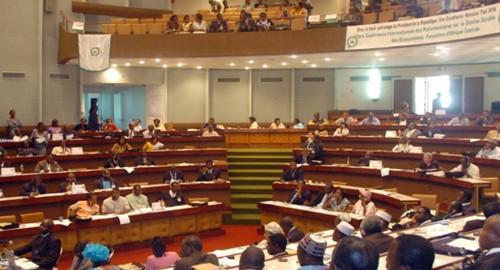 (Business in Cameroon) - On December 19, 2018, the members of the parliamentary group of Social Democratic Front (SDF), first opposition party in the National Assembly, called on Cavaye Yeguie Djibril, the Lower House Speaker. The subject line is “motion for a resolution ; setting up a parliamentary committee of inquiry into the withdrawal of the 2019 African Cup of Nations (AfCON) organization from Cameroon”.

By way of explanation, SDF indicates that authorities in charge of preparing and organizing this great football event had reassured the Head of State, Paul Biya, that everything would be ready within the set deadline.

This, the group said, gave the President confidence to make a personal commitment to Cameroonians and the international community. “The AfCON 2019 is near. You have an appointment with African sport event in Cameroon. And Cameroon will be ready in due time,” Paul Biya stated.

But the African Football Confederation (CAF) decided last November 30 to withdraw the event’s organization from Cameroon, due to delays in the construction work; a decision that prompted SDF to call on Cavaye Yeguie Djibril on the basis of the Constitution, which provides in articles 14 (2), 29 and 35 for the control of government action by the legislative power, “to establish responsibilities and draw necessary conclusions.”