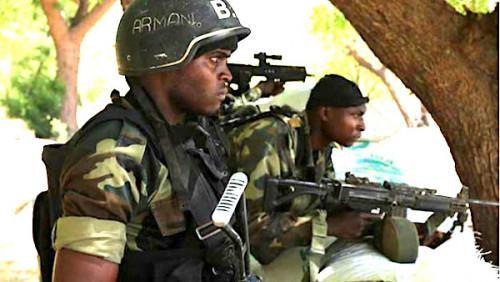 (Business in Cameroon) - On September 19, 2019, French opinion journal Mediapart published an article alleging that in Cameroon, the rapid reaction battalion (BIR) is believed to be involved in “abuses in secret torture rooms.” This article titled “Au Cameroun, les basses œuvres d’une unité spéciale équipée par la France” (meaning: The dirty works of a special unit equipped by France in Cameroon) was relayed by many international media.

In reply to this article, René Emmanuel Sadi, Cameroon’s minister of communications, held a press conference to disprove the allegations made by the article.

According to the official, this article is a “downright desire to harm the reputation of the Cameroonian army.” He indicated that the BIR is an elite unit that has always illustrated its efficiency and achievements on all the operation fields where it is deployed. In addition, he explained, the BIR’s contribution to the fight against Boko Haram has been meaningful and praised by national and international communities.

René Emmanuel Sadi added that in the Anglophone regions, the elite force’s meaningful mission has been to preserve security of residents and their properties, defend national integrity against separatists and rag-tag armed bands who spread terror, desolation and commit unspeakable atrocities.

The BIR, the minister of communications says, consecrates most of its time to military operations and to social assistance.

During the press briefing, the official indicated that the allegations of “exactions and serious violations of human rights” as well as the supposed existence of “secret torture rooms” are all false.

He thanked the military cooperation between Cameroon and friendly countries like France, Israel, and the USA. He also questioned the baffling silence of the international media and human right organizations in the face of the atrocities committed by outlaws against innocent civilians, officials, as well as defence and security forces in the same regions where they are denouncing the BIR’s alleged human rights violations.