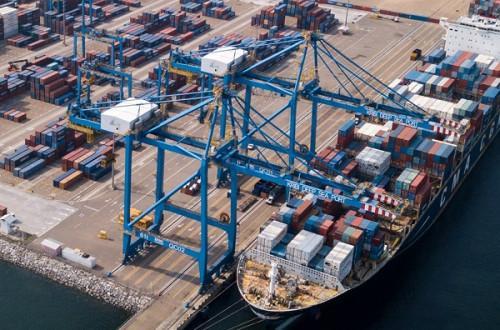 (Business in Cameroon) - A note from the major projects’ preparation team at the ministry of economy provides new information on the second phase of the construction of the Kribi deepwater port.

“The second phase of the construction of the Kribi port is estimated at XAF456.7 billion. It will be jointly funded by Eximbank China (85%, or XAF387.6 billion) and concessionaires (15%). To date, the funding agreements’ elaboration procedure is being finalized,” the team reveals. In the meantime, the construction field is being set up. Maritime and terrestrial investigations, as well as dredging, are being conducted. In addition, the artificial ripraps and quay trenches are being prefabricated.

During the second phase, the construction of a second container terminal with a 700-meter quay (350 meters for the second), a ferry terminal and an oil storage terminal are planned. The container terminal will be built by Chinese company CHEC while the ferry and oil storage terminals will be built by a joint venture of companies operating Mbalam iron deposit (Sundance Resources and its partners) and those producing LNG off Kribi’s coast (SNH, Perenco).

According to the ministry of economy, works for the first phase, carried out by CHEC, required $574 million (about XAF330 billion) instead of the $497 million (close to XAF285.7 billion) planned initially. The source explained that the additional cost is taken into consideration in the fundings for the second phase. Let’s note that the first was 85% funded by a loan from Eximbank China.