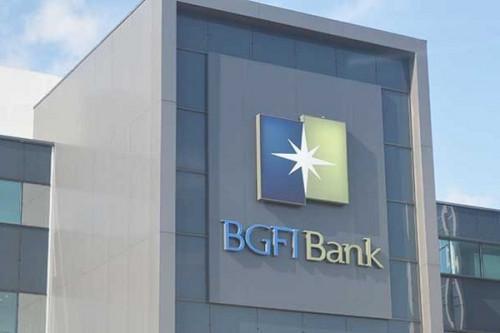 (Business in Cameroon) - BGFI Bank Cameroun SA recently committed to guaranteeing the installation of two modular solar power plants in Maroua and Guider. The plants whose capacity average 30MW will be installed by Dutch company Scatec. According to credible sources, Scatec had required bank guarantees to launch the project thanks to which electric utility ENEO will improve supply in the three northern regions of Cameroon (the north, Far North, and Adamaoua) affected by repeated outages.

“BGFI Bank Cameroun SA has just issued two guarantees in the form of a Stand-by Letter of Credit for a total amount of USD 11,597,500, i.e. approximately XAF7,000,000,000. After remarkable participation of XAF23 billion in the financing of Eneo's CAPEX (Capital Expenditure) at the very beginning of 2021, BGFI Bank group is confirming its commitments to the Cameroonian State regarding the structural transformation of the country’s energy and mining sector,” the bank indicated in an official release

Credible sources explain that with the guarantee provided by BGFI Bank, Scatec will regularly be paid for the energy generated by the Maroua (14.52 MW) and Guider (15.78 MW) modular power plants and injected into the North Interconnected Network (NIN) no matter the liquidity problems faced by ENEO, which is already owing its suppliers hefty amounts. This means that at the end of every month, BGFI will pay the Scatec bill until the amount of the guarantee (XAF7 billion) runs out. Later, ENEO will refund the bank plus interests whose rate has not been disclosed (it is below 3%, according to some sources).

Despite this solution to the financial aspects of the project, there is a possibility that the first megawatts generated by the plants could not be available by January 2022 as the initiators would have liked. This is because of the two main obstacles. They are notably the non-objection certificate to be issued by electricity regulator ARSEL to allow the effective launch of the project and the incentives Scatec is expecting from the Ministry of Finance. Business in Cameroon reported about those obstacles in October 2021, but up to now, there is no telling whether the problems have been addressed or not.

Apart from those obstacles, the time required to import some equipment may affect the initial timeline set by project initiators.

The installation of the said modular power plants is part of a hybrid project retained by the Cameroonian government and ENEO. At first, the parties agreed to install just about 30MW of solar energy. But they later added a component according to which 10MW of thermal energy will be installed in Guider by British firm Aggreko, making it a total of 40MW of energy installed to boost electricity supply in the three northern regions.

“This beneficial technical solution has taken into account the increase in industrial clients’ energy demand, notably with the cement plant whose construction is ongoing in Figuil. It also took into account the necessity to raise the energy supplied to households and extend the transport network, the requirements for optimal management of the water storage capacity at Lagdo dam by this period of poor hydrology, the energy needs for the African Cup of Nations in January 2022 as well as the constraints imposed by the transport and distribution network,” an authorized source explained.

According to estimates by the Ministry of Water and Energy, the 30 MW of modular solar power could reduce power outages by 98% in the North, the Far North, and the Adamaoua. With the 10MW of thermal power now included in the project, the percentage of power outages reduction could go higher. However, the fuel costs saved will undoubtedly drop because thermal units consume fuel. In its estimate, the Ministry of Water and Energy explains that XAF5 billion of fuel expenses could be saved thanks to the 30MW of solar power. With the 10MW of thermal power included in the project now, that savings will undoubtedly be revised downwards.