L’Oréal-UNESCO For Women in Science Program 2019 : Two Cameroonians among the 20 winners in Sub-Saharan Africa 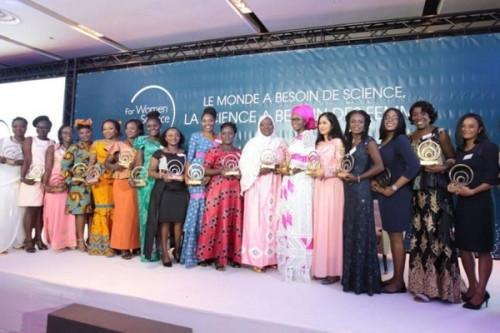 (Business in Cameroon) - On November 21, 2019, the winners of the Young Talent Sub-Saharan Africa 2019 Awards, L’Oréal-UNESCO For Women in Science Program, were revealed during a ceremony in Dakar, Senegal.

Among the 20 African women researchers awarded during this competition organized by the L'Oréal Foundation in partnership with the UNESCO are two Cameroonians. The first is Ines Ngoh, a doctoral student at the University of Buea and a resident of a research unit in Gambia. Her research is entitled “Understanding genetic variations used by natural populations of malaria parasites.”

The second Cameroonian laureate is Francine Tankeu, a doctoral student at the University of Yaoundé. The work that led this researcher to be awarded is titled: “Treating leukaemia by allying biochemistry with the power of plants.”

“The number of women in science is not yet significant: only 2.4% of the world's researchers are African scientists, of whom 30% are women. Through the Young Talent Award for Sub-Saharan Africa, we promote and support the continent's remarkable female researchers. They play a key role in developing inclusive research in Africa, for Africa and conducted by Africans,” explained Alexandra Palt, executive director of the L’Oréal Foundation.

Created in 1998, the For Women in Science programme aims to promote women in the world of scientific research.