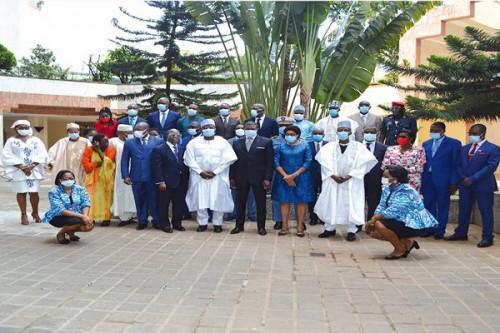 (Business in Cameroon) - On April 30, 2021, in Yaoundé, Cameroon’s National Security Committee (NSC) held its first meeting for the 2021 financial year. During the meeting chaired by Minister of Transport Jean Ernest Massena Ngalle Bibehe, a draft of the country’s National Civil Aviation Security Programme (NCASP) was presented.

At the end of the meeting, several recommendations were made to improve the security system. The participants also decided to set up working groups to work on the country’s NCASP project.

Cameroon hopes to finalize the NCASP and adopt its draft decree by the end of the year. At the same time, the country is also working hard to ensure that its processes are compliant with ICAO standards since the international organization is scheduled to audit the country’s safety standards this year. In the last audit conducted in April 2018, the country recorded an 85% effective implementation score for the aviation security oversight system compared to 52.12% in 2015. This represents an improvement of  32.88 points.

The National Civil Aviation Security Programme (NCASP) is a recommendation made by the International Civil Aviation Organization (ICAO) to its member countries, Cameroon included. The NCASP aims to be a regulatory framework that ensures the safety of passengers, crews, ground staff, and the public, and protects civil aviation against illegal acts. In Cameroon, the NCASP has become a crucial requirement given the growing threats presented by terrorist and armed groups.