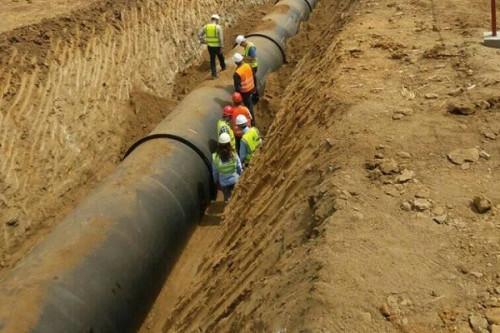 (Business in Cameroon) - The Cameroonian government announced it is seeking $35.16 million, or a little more than CFA23 billion, from Eximbank India to renew Yaoundé's water distribution system. The information was reported in a recent note by the Minister of Economy, Alamine Ousmane Mey.

The project will allow the supply and installation of 348 km of tertiary network, we learned. In his letter, the member of the government indicated that, in addition to the extension of the network from the Sanaga River, this project will also allow the creation of 29,248 individual connections. A commercial contract worth $41,337,527 (CFA27.12 billion, according to the current exchange rate) was signed on June 14, 2022, with the Indian company WPIL Limited for the implementation of the said project.

This new initiative is an extension of the project to supply drinking water to Yaoundé from the Sanaga (Paepys), which is expected to be completed by the end of 2022. Paepys consists of the construction of a new production station on the Sanaga River in Batschenga (Central Region) and the construction of pipes for distribution. It will enable an additional daily production of 300,000 m3/d that can be extended to 400,000 m3/d. The Minister of Water and Energy, Gaston Eloundou Essomba, said it will help close the drinking water supply gap in Yaoundé and its surroundings.

However, the Minister stressed that due to the current configuration of the capital's distribution network, the project will not benefit certain people. Hence the need to reconfigure the network and adapt it to the new production infrastructure.

Apart from Yaoundé, the Indian company WPIL signed in 2018, a contract for the design, rehabilitation, and construction of drinking water supply systems in 20 Cameroonian cities. This deal, which is to be implemented in the Central, Littoral, West, North-West, South-West, and South regions, is valued at CFA34 billion, according to the Ministry of Water and Energy.