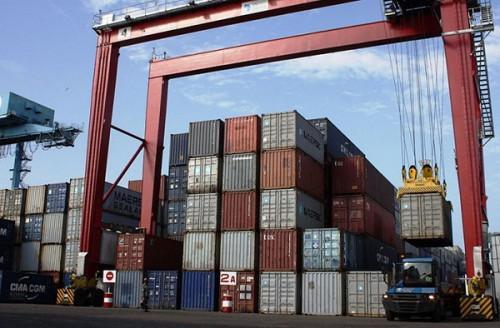 (Business in Cameroon) - The Administrative Chamber of the Supreme Court of Cameroon quashed the appeal brought by Douala Autonomous port (PAD) on August 21, 2019, to suspend Order No. 90/OSE/PTA/DLA/19, issued by the Littoral Administrative Court in Douala, in the case APMT Terminals BV and Bolloré SA against the PAD.

In the case, Bolloré, through its subsidiary Douala International Terminal (DIT), whose concession on the PAD container terminal ends on December 31, 2019, denounces irregularities in the process that led to the appointment of Terminal Investment Limited (TIL) as its successor following the international call for expressions of interest issued on January 12, 2018, by the PAD. At the end of the first phase of this process, the consortium APMT Terminals BV/Bolloré SA was ranked 7th out of 9 candidates. Contesting this rank, the French group opened an action before courts and the administrative court of Douala issued a decision to temporarily stop the process.

Contesting the court’s decision, the PAD lodged an appeal in compliance with paragraph 1 of section 5 in the article 111 of law N° 2006/16/ of December 2, 2006, governing the organisation and functioning of the high court. Relying on that appeal, the port continued with the process of appointing a new operator for the container terminal at the port of Douala despite Bolloré SA’s complaints.

“This decision of the administrative chamber, rendered against the PAD, will have no impact on the end of’ Douala International Terminal’s concession and its departure from the Wouri quays,” the port authority commented. “This decision, which does not concern the current concessionaire, seems to indicate that the procedure for selecting a new operator must be suspended and Bolloré and APMT reinserted [into the concession process]. The PAD is not required to issue a new call for tenders and may decide to manage its container terminal on a direct labour basis. The decree of January 24, 2019 reorganizing the PAD gives it the power to do so,” it added.

In a letter dated October 23, 2019, Ferdinand Ngoh Ngoh, the Secretary-General of the Presidency of the Republic, invoking an order from the Head of State, asked the Director-General of the PAD to suspend the finalization of the concession of the Douala-Bonabéri port container terminal with Swiss company TIL.  The secretary-general asked the port executive to await “the final conclusions of the case of Société APM Terminals BV and Bolloré SA against Port autonome de Douala, pending before the Administrative Court of the Littoral region in Douala.”

Let’s note that apart from the judicial process, Bolloré also wrote to President Paul Biya asking him to intervene directly by suspending the concession process because DIT has been unfairly dismissed in favour of TIL. So far, Bolloré has won this case. The outcome of this twist and turn case remains to be seen.