Cameroon: ASGIRAP helped develop 21,283 ha of land in the Northern regions within 6 years 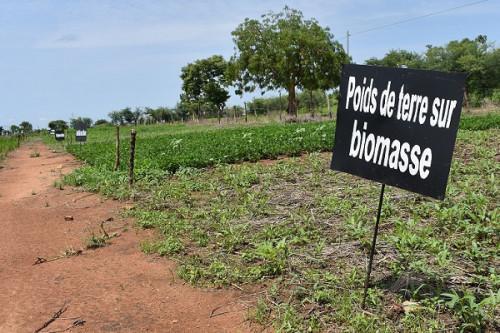 (Business in Cameroon) - ASGIRAP (Support Program for the Security and Integrated Management of Agropastoral Resources) informs that six years after the launch of its program, implemented thanks to funds from the Debt Reduction-Development Contract (C2D) initiative, it has finally fulfilled its missions in the Northern parts of Cameroon.

The initiative informs that, in collaboration with SODECOTON, it developed 21,283 hectares of land and created erosion controlling mechanisms on them for the benefit of 8,418 producers during the implementation period. The program also helped build 1,144 forebays to recharge groundwater in 240 villages and funded the acquisition of 8,000 equipment thanks to which organic manure is produced and transported to farms.

ASGIRAP also helped fund the acquisition of 405,602 forest plant seedlings and 66,869 fruit tree seedlings that were planted in more than 200 villages. "All of these achievements help reduce local poverty by strengthening the sustainability of family farms and contribute to improving residents’  resilience to climate and economic change," the program says.

To implement this program, Cameroon and the French Development Agency (AFD) signed a XAF6.5 billion financing agreement on February 17, 2014, in Garoua, the regional capital of the North.