Cameroon: 6th edition of livestock fair to be held on Nov 8-10 in Ngaoundéré 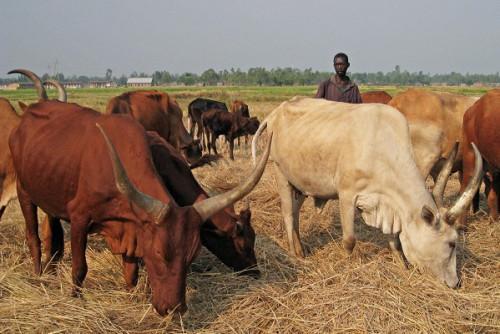 (Business in Cameroon) - The 6th edition of Cameroon’s Livestock Fair will be held from 8 to 10 November 2019 in Ngaoundéré, the capital city of the Adamaoua region, under the patronage of Dr. Taïga, the minister of livestock, fisheries and animal husbandry.

"The fair is an annual event during which Cameroon's livestock producers express their concerns to the State and make commitments to improve their performance," the national association of livestock farmers CNEBCAM indicates.

According to the CNEBCAM, the aims of this fair are, among others to facilitate the adoption of innovative pastoral practices and the use of new animal biotechnologies. It is also aimed at facilitating the promotion of the various specimens produced in different regions; developing new business opportunities with other regions and promoting the development of value chains. For three days, the fair will bring more than 2,500 participants from the country’s 10 regions together.

It adds that agriculture and animal husbandry provides jobs to the rural population that represents 58 to 60% of the country’s population. Let’s note that according to estimates, the national livestock population is 5.6 million cattle, 7 million small ruminants (sheep and goats) as well as 15,000 horses and donkeys.