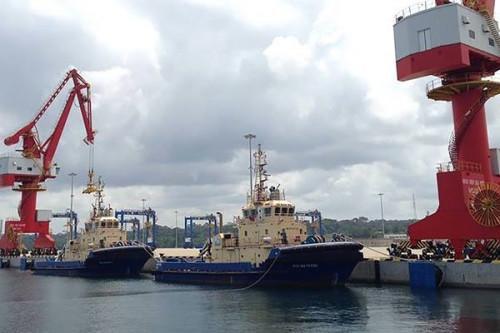 (Business in Cameroon) - After about two years of suspense, Cameroon has finally chosen the concessionaire of the multipurpose terminal of the Autonomous Port of Kribi (PAK), the country's port infrastructure located in the southern region.

In a correspondence signed on June 4, 2020, Ferdinand Ngoh Ngoh, the Secretary-General of the Presidency of the Republic, acting on "very high instructions" from President Paul Biya, authorized the Director-General of PAK, Patrice Melom, to "sign the concession contract for the operation of the multipurpose terminal of the Autonomous Port of Kribi" with ICTSI.

In the framework of the concession contract, a first list of the pre-qualified companies was published in July 2018. However, further down the shortlisting process, five of those companies were withdrawn. They are Red Sea Gateway Terminal Company Limited (Saudi Arabia), Sea Investment Afrique SA (Belgium), CDC/Transnet (South Africa), CAF Ship, and the Maritime Service Agency (Cameroon). In September 2018, a new list of the 5 competitors prequalified to continue the process was published. It included the consortium led by the Port of Antwerp, Belgium's leading port hub, and the second largest in Europe. The rest were Groupement Coega Development Corporation/Transnet, Groupement Marsa Maroc/AIIF3, Groupement Medlog/Wide Resources Limited, and International Container Terminal Services (which is the winner).

ICTSI is thus about to replace the French logistician Necotrans that was retained in 2014 but declared "defaulting" by Cameroonian authorities in January 2018. Following a call for tenders launched in May 2014 by Cameroon, Necotrans group and the Kribi Port Multi Operators (KPMO) consortium (constituted of nine Cameroonian operators namely freight forwarders, stevedores, shipping agents), were designated as the successful bidders for the partnership contract for the operation and maintenance of the multi-purpose terminal at the Kribi deep seaport.

The contract with Cameroon provided for a 20-year concession as well as €26.2 million (about XAF17 billion) of investments and royalties paid to the Cameroonian State by the Necotrans/KPMO Group. However, because of the financial problems experienced by Necotrans, which went bankrupt, the President of the Republic, via a correspondence dated July 11, 2017, ordered the government to "note the shortcomings of the Necotrans/KPMO consortium and to propose, thereafter, alternative solutions for a rapid launch of activities" at the multi-purpose terminal of the Kribi deep seaport.

KPMO was thus appointed by the port authority under a management contract in 2018, for a transitional period of two years. Logically, this contract will end in 2020. Its expiration thus authorizes the PAK to sign a concession contract with the ICTSI. The terms of this commercial agreement between the parties have not yet been disclosed.

The multi-purpose terminal at the port of Kribi, whose function is to receive non-containerized goods, has a nominal capacity of 1.2 million tons of products per year.