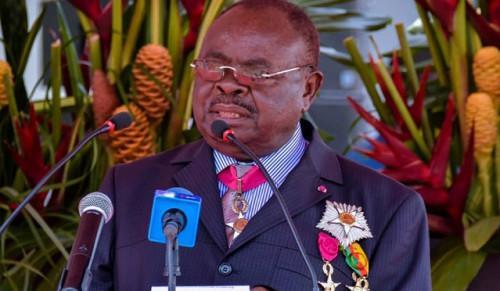 (Business in Cameroon) - At the request of Alain Christian Monkam, a Paris-based lawyer and also son of the late Cameroonian business tycoon Pascal Monkam, the Douala-Bonanjo court of first instance recently ordered the sequestration of the properties of the business tycoon who passed away on February 27, 2021, in South Africa.

“I, president of the court, ruling publicly, contradictorily, in summary proceedings from hour to hour and in the first instance (...) consequently order the sequestration of all personal movable and immovable property, securities, assets, safes, rents, shares, dividends, and income of the deceased Monkam Pascal,” read the order issued by the tribunal at the end of the public audience of May 27, 2021.

The same order appoints three receiver-managers who will collect 4% of the amounts recovered and administered as their fees. This order is "enforceable against the shareholders and directors of the company Etablissements Monkam Pascal, to the managers [of all of the La Falaise hotels belonging to Mr. Monkam], to Brasseries du Cameroun [for which the deceased was the largest distributor], Ecobank [which leases a building belonging to the deceased],” the court stresses.

Contacted by Business in Cameroon, Alain Christian Monkam seems unsatisfied with the decision, given the legal appeal possibilities still available to the five widows and the remaining fifteen brothers and sisters he is opposed to in this battle for the management of his father’s properties and assets.

"The order is immediately enforceable. Currently, I am not aware of an appeal. However, given the scope of the decision, I have no doubt that there will be an appeal. The appeal in itself is not suspensive unless a special request is made to the president of the Court of Appeal," he said, suggesting that this is not the conclusion of the legal battle for control over the legacy of Paul Monkam, one of the first entrepreneurs to come to light in Cameroon.

Indeed, soon after the demise of his father, Alain Christian Monkam asked the courts to appoint a receiver-manager for the properties and assets of his late father who was buried on April 10, 2021.  "When he was alive, Mr. Monkam Pascal used to manage his group himself. He used to recover or delegate the recovery of the revenues from each of his companies. Nowadays, however, we have reasons to believe that the managers of those companies are misappropriating the turnovers of each of the companies they are managing," he wrote in his court application.

Invoking legal texts, Alain Christian Monkam explained that his court application was aimed at securing his late father’s revenues, ensuring the proper collection of the revenues generated by each of the companies belonging to his father’s group and assessing whether all the expenses listed benefit the group.

This new legal battle between heirs revives the problem of the survival of family-run businesses after the demise of their founders. When they were running their businesses, most of the pioneers of private investment in Cameroon adopted structured management rules that lay out the management principles and the managers that will be in charge after they either step down or pass away. For instance, after the death of the respective founders, the operations of the Fotso, Kadji, and Noutchogouin groups were affected by inheritance conflicts.

The most emblematic case of inheritance conflict for control over family-run businesses is certainly the case of the late business tycoon Paul Soppo Priso. Till now, the inheritance disputes over his succession have not been settled. In the meantime, the business empire he left has vanished while the rare assets still traceable are mostly used to pay legal experts instead of serving for the upkeep of the late man’s offsprings.