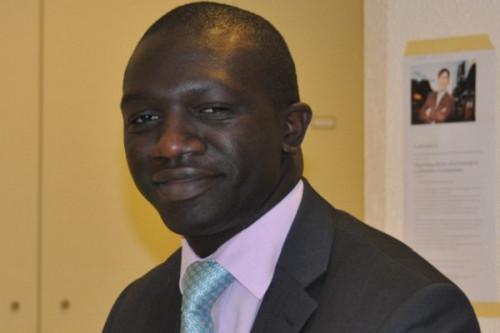 "(Business in Cameroon) - To date, there is no country which has developed itself without having a good airline company. The President of the Republic is therefore right to insist that Cameroon must have an airline to support its development and its efforts at becoming an emerging country by 2035. Let’s recall that a plane is the sign of a country’s independence. Cameroon must have its airline company. It is a matter of economic development, strategic positioning in a changing world, and of national sovereignty for the country, which is the leading economy in Central Africa.” These were the words of Robert Beidi, Cameroonian financier, banker, insurer, and strategist, in explaining the reasons Cameroonian authorities are set on keeping the public airline company Camair-Co despite the company being a cost burden since the launch of its operations in 2011.

While praising the Head of State’s instruction to ensure the airline company resumes operations as soon as possible and reorganize it to prepare for the sales of 51% of its stake to private partners, Mr. Beidi reassures that "the opening of the capital (to foreign investors probably) does not mean the government will lose control over the company.” “The government will be able to act either as a regulator or as a shareholder, with a blocking minority," he added.

"It is a difficult decision that the President of the Republic had to take, but at the same time, it is a very appropriate and healthy decision for the company. (...) Today, it is difficult to practice isolationism in air transport. It is necessary to join a network. This problem will most certainly be solved with the transfer of 51% of the capital to a partner. Also, the company will gain many synergies in the management of its fleet, in training, in the purchase of spare parts and sales campaigns," the strategist commented.

He believes that for the successful privatization of Camair-Co, the government must allow a period of 24 to 36 months to better restructure the company and make it attractive for potential partners.

"I think that five components must be considered in this restructuring plan. The first is the ‘assets’ component where the State will create a ‘Sinking Company’, i.e. a company that will take over the non-performing and/or non-strategic assets and liquidates them later. For instance, planes can be sold if they are no longer necessary for the company’s strategy,” Robert Beidi said.

"The second component is ‘liability.’ This time, the State would take over all or part of the company’s financial debt and restructure them by negotiating an extension of the repayment period. Another option would be for the State to issue debt securities (bonds) and use the proceeds for the early repayment of Camair-Co's financial debt. In this component, the State could also renegotiate part of the company's trade debt and ask Camair-Co's creditors to relieve part of the debt. The state can even securitize that debt,” he continued.

Significant reduction of the workforce

The strategist indicates that the third component is the “workforce”.  According to him, the company will have to perform a strategic retreat and focus on routes in which it has a competitive advantage. “This is the Maroua-Garoua-Ngaoundéré-Yaoundé-Douala axis. The monopoly that the state currently holds on this line is an asset that will have to be exploited. This component will also include the need to improve the quality of service, by having regular flight schedules that would be respected. The company must also systematically inform passengers in case of flight delays or cancellations, ensure the possibility of purchasing travel tickets from travel agencies other than Camair-Co. Users must also be able to book flights and purchase tickets online or via their mobile operators,” he suggested.

The fourth component should, according to the expert, focus on the management of the company's personnel. "(...) Objectively, it will be necessary to conduct a qualitative and quantitative diagnosis of human resources and most certainly significantly reduce the staff. The new investor will certainly do it if we don't do it beforehand," he says.

The fifth component is “general costs.” “The expense items must be reviewed and reduced significantly. There is no doubt that if we carry out this restructuring in a rigorous manner, we will succeed in restoring the image of Camair-Co and it will remain the pride of Cameroon,” he concluded.