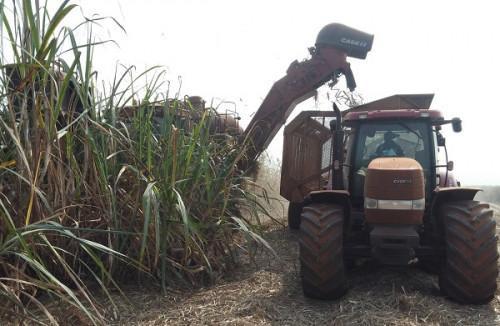 (Business in Cameroon) - Effective June 8, 2021, close to a quarter of SOSUCAM’s permanent employees were dismissed for “professional incompetence.”  An internal source within the company reveals that the management informed staff representatives in the afternoon of June 7, 2021. According to the source, 250 out of the 1,117 permanent employees are affected because they were “unproductive”.

In response to the management’s announcement, the staff representatives reported the matter to the Minister of Labour and Social Security. “During the past monthly statutory meetings, the employer [SOSUCAM] has repeatedly reported about the supposedly poor financial health of the company. The sticking decision it took because of this is the dismissal of 250 permanent staff, effective June 8, 2021. It surreptitiously notified us of this decision on June 7, 2021, at about 4 pm in violation of articles 158 to 164 of the labor code dealing with the conciliation and arbitration required in such cases but also in violation of the circular n° 03/MTPS/SG/DT of November 2, 1993, regulating economic lay-offs,” the staff representatives wrote.

According to the representatives, the current financial situation in SOSUCAM is the result of poor management decisions. They pointed at the management’s decision to delegate some tasks to external parties at significantly higher costs, for instance. They also pointed at the heavy investments like irrigation and a backup device (Bi-Pass) that are not really effective, as well as the sales at lower costs of some of SOSUCAM’s equipment that the same company now leases at significant costs.

The representatives also explain that during the last two production years (2019-2020/2020-2021), the employer decided on its own to stop the operations of the plant Sosucam n° 1 before the end of the years, therefore, reducing the company’s production capacities without any productivity gain.

“All these poor management decisions led us to the financial distress the company is experiencing now and the management is trying to blame us with its claim that some of us are professionally incompetent,” they added.

They indicate that the current dismissal is an economic lay-off, not a decision prompted by the professional incompetence of the employees being dismissed. As they explain, according to article 40, paragraph 2 of the labor code, an economic lay-off is any dismissal decision taken by the employer for one or many reasons not depending on the employees, a suppression or redeployment as well as employment contract modification resulting from economic problems, technological changes or internal restructuring.

Therefore, they invite the Minister of Labour to order the employer to investigate the matter, abide by the labor code, and also stop the unlawful dismissal process. That way, they think, every party will form objective opinions on the soundness and opportunity cost of the employer’s decision.

This dismissal decision is taken about two years after a management shift at SOSUCAM. In late 2018, after 18 years as CEO of SOSUCAM, Louis Yinda, then 70, ceded his position to Alexandre Vilgrain. Two deputy CEOs were also appointed in the persons of French citizen Gilles Drouin and Cameroonian citizen Samuel Libock.

The company claims 8,000 direct and indirect jobs with a yearly wage bill estimated at XAF14 billion. With pay rises, that wage bill will rise to XAF14.5 billion. However, the financial impact of the dismissal is still unknown.

SOSUCAM, which controls 70% of the Cameroonian sugar market, is 74%-owned by French group SOMDIAA against 26% for the Cameroonian government. Created in 1965, its average yearly production capacity is 130,000 tons thanks to an arable area of 25,000 hectares. Currently, the company’s capital is XAF27.5 billion.