Henley & Partners Passport Index: Cameroon among the least competitive in the CEMAC region 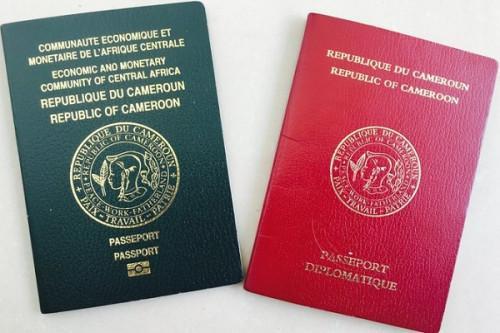 (Business in Cameroon) - Henley & Partners just published the 2020 ranking of the most powerful passports in the world. This power is a function of the number of countries to which these documents give access without a visa. As far as CEMAC countries are concerned (Cameroon, Congo, Gabon, Chad, Equatorial Guinea, and CAR), the Cameroonian passport is among the least competitive.

In detail, ranked 86th in the world, the Gabonese passport offers the most destinations without the need for a visa (56 countries in total). Next are the passports of Chad and Equatorial Guinea, which are ranked 89th and allow access to 53 countries, the Central African Republic’s passport (91st  out of 107 countries), the Cameroonian passport (93rd for access to 49 countries without a visa), just ahead of Congo ranked 94th in the Henley & Partners 2020 ranking.

Cameroon shares its 93rd position in this ranking with countries such as Angola and Egypt, all of which are better ranked compared to an economic power such as Nigeria (95th for access to 46 countries).

In 2020, the most powerful African passport is that of the Seychelles, which gives access to 151 destinations worldwide without a visa, compared to 191 for the Japanese passport, which is at the top of the world rankings.

Commenting on the rankings, political scientists Utur Altundal and Ömer Zarpli of Syracuse University and Pittsburgh University in the United States, respectively, found that there is a strong correlation between freedom to travel and other types of freedoms: economic, political and individual.