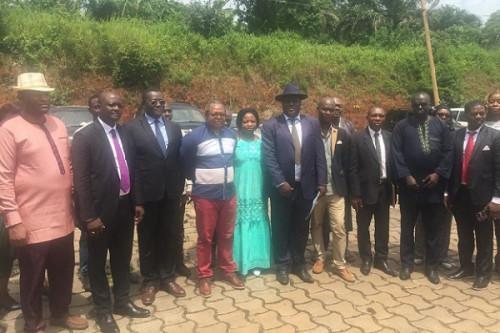 (Business in Cameroon) - After weeks of suspension over fraud, the Mekong tollbooth on the Douala-Bangui corridor resumed operations. The authorization was given yesterday by the Ministry of Public Works (Mintp).

As a reminder, the official signed a decision on May 16 to dismiss some staff on duty at the tollbooth “because they were ripping off transporters using faulty instruments.” A new management team has been deployed at the station. The team is invited to “adopt behaviors of loyalty, selflessness, and dedication to work.” To make sure that no acts of fraud are committed, the inspector general of Mintp services, Barnabé Tang Ahanda, has prescribed a better verification of toll tools. He instructed the development of a daily form to compare the results at the Mekong booth with those of other booths on the same corridor. Furthermore, Barnabé Tang Ahanda plans a monthly report of activities and maintenance of the premises.

The Douala-Bangui corridor, on which some CFA55 billion worth of goods transit each year, according to Cameroonian customs, is vital for CAR, as it is the main supply route to the country’s capital.