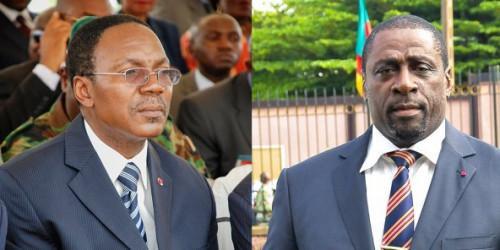 (Business in Cameroon) - In Cameroon, the development of the Metropolitan Investment Corporation of Douala (SMID) is being affected by leadership battles. Indeed, in a letter sent on March 10, 2021, to Fritz Ntone Ntone (president of SMID administrative board), Samuel Ivaha Diboua (governor of the Littoral region) informed that he could not agree to his request to secure the SMID’s board meeting.

In his letter, the governor informed that due to information he received, it would be unlawful for him to respond favorably to Fritz Ntone Ntone’s request. Yet he previously agreed to that request.

Fact is, the governor backed down on his previous decision because of information about ongoing legal proceedings and the appointment of an interim administrator for SMID. Those legal proceedings were initiated because of a leadership battle that started for the management of SMID, which was established to raise funds for infrastructure projects in Douala.

One of the main protagonists of that dispute is Fritz Ntone Ntone (photo, left), the former government delegate to Douala who initiated the SMID and assumed the presidency of its administrative board. The second protagonist is Roger Mbassa Ndine (photo, right) who is claiming that since he is the successor of  Fritz Ntone Ntone as government delegate to Douala, he should be the president of the SMID administrative board.

The leadership battle became public on February 12, 2021. That day, at around 2 PM, a squad of special intervention unit ESIR stormed SMID’s headquarters "without any order from the district attorney, therefore with no legal grounds."

The said unit was followed by a representative of  ATTY Owona Suzanne, court bailiff in Douala, who claimed he was executing court order. However, as SMID legal counsel and the police officer leading the ESIR unit that stormed the corporation mentioned, Owona Suzanne’s representative presented no enforcement order.

According to Fabrice Petton, director-general of SMID, who was narrating the incident in a note sent to the corporation’s administrators and shareholders, the proceedings were initiated by Douala city hall that has no legal existence under the provisions governing decentralized local authorities.

"The mayor of Douala claimed to be the rightful president of SMID administrative board since he is the mayor of Douala. This is contrary to the Uniform Act on Commercial Companies and Economic Interest Groupings as well as SMID S.A articles of incorporation," he added.

Those leadership battles will affect the operations of SMID, which, in 2018, raised  XAF5.4 billion out of the XAF10 billion needed to constitute its social capital.  The end goal of SMID is to raise XAF1400 billion for the construction of infrastructures such as a Douala international center (XAF12.4 billion), a multimodal bus terminal in Bonabéri (XAF1.9 billion), an urban forest in the Bessékè valley (XAF2.29 billion), and an exhibition center (XAF8.5 billion).