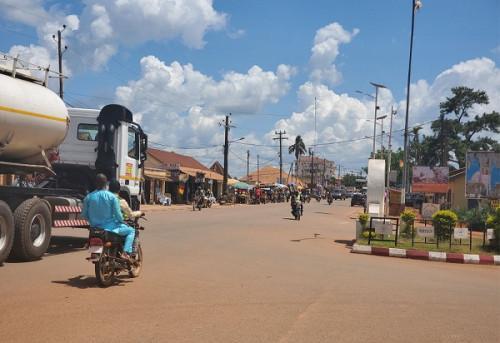 (Business in Cameroon) - In Q1-2021, Bertoua is the Cameroonian city that recorded the highest inflation, the National Institute of Statistics (INS) reveals.

“On the spatial level, the acceleration of the inflation has been stronger in Bertoua. Over the past twelve months, inflation has reached 4.7% on average, its highest level within 10 years,” the INS commented in its recent report on the Q1-2021 general level of prices.

The institute does not explain why the inflation rose so much in the city but the Eastern region that has Bertoua as its regional capital is closer to the northern regions of Cameroon. As such, it is under the pressure of demands from refugees from neighboring countries (Nigeria, Central African Republic, and even Chad) seeking refuge in the Northern region, Adamaoua and the Far-north namely.

According to local sources, the World Food Program (WFP) usually purchases food products in that region to feed the refugees it helps in the northern regions and even those in Chad and Nigeria.

Those inflationary pressures in Bertoua, which is like the breadbasket of the Eastern region, are of concern because the East is already the fourth poorest region in Cameroon ahead of the three northern regions. The same concern is rising about the Far-North, whose regional capital Maroua recorded a 1.2 point year-on-year rise in inflation (from 1.8% at end-March 2020 to 3% at end-March 2021).