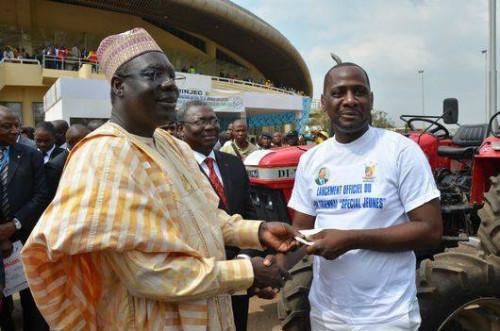 (Business in Cameroon) - During his traditional speech on the eve of the national youth day celebration, President Paul Biya presented the achievements of the three-year "special youth" program initiated in 2016.

According to the Head of State, in 2020, 5,500 projects submitted by young Cameroonians were funded in the framework of the special youth program. Budget dedicated to funding the projects are estimated at about XAF15 billion. The investment has enabled the empowerment of more than 16,000 young people in 66 pioneering 2nd generation villages.

According to some sources, these achievements highlighted by the president could have been even greater, if not for the pitfalls encountered in the implementation of the youth empowerment program, as well as the challenges of developing small economies.

"The main problem for the implementation of the three-year "Special Youth" Plan remains the availability of funding. This difficulty is reflected both in the slowness of the transfer and in the inadequacy of allocations," a source close to the case explains.

Prescribed on February 10, 2016, by the Head of State, the three-year "special youth" plan has a budget of XAF102 billion. The initiative, which is being implemented beyond the original three-year period, aims to financially support 1.5 million young people in Cameroon. However, a general assessment of this plan has not yet been made publicly available.