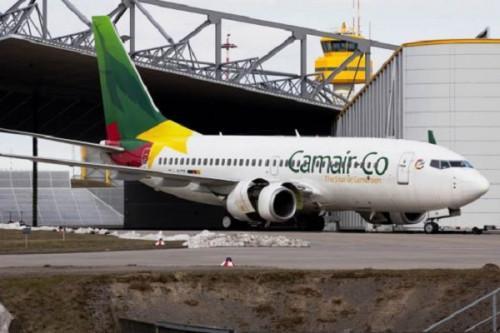 (Business in Cameroon) - Public airline Camair-Co recently announced that it would resume today October 12, 2020 (after 8 months of activity suspension). But, it was unable to do so.

An internal source revealed that the airline was not ready and that travelers who had already bought their tickets for the promised routes were either refunded or their flights postponed.

Another source indicates that all the flights scheduled for October 12-15, 2020, have been canceled. The company will resume on Friday 16, the latter says.

Although a new resumption date has been disclosed (October 16, 2020), no official explanations were provided as to why the activity resumption was postponed. However, a social media post published on October 11, 2020 (a day before the announced resumption) indicated that Camair-Co had not paid its aviation insurance.

Also, according to internal sources, there is no news of the staff sent on technical leave for a renewable 3-month period on June 22, 2020. These employees (65% of the overall staff) were mostly station agents in the public airlines’ operating infrastructure.

Let’s note that the public airline announced 42 domestic flights to serve four of the ten regional capitals in Cameroon. The capitals are Douala, Yaoundé, Garoua, and Maroua. According to available information, these capitals will be served thanks to the Boeing 737 (operated by a Ukrainian crew) Camair-Co leased and received in Douala on September 25, 2020.