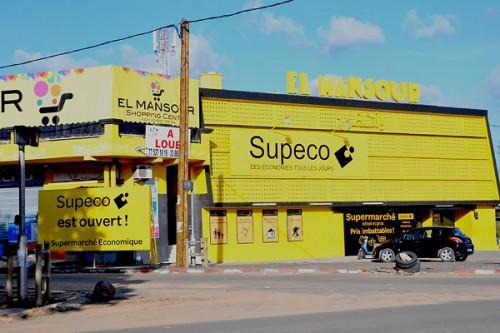 (Business in Cameroon) - Initially scheduled for the end of 2020, the inauguration of the first soft discount store Supeco in Douala is postponed to the last quarter of 2021.  "We are taking every possible step to open the first Supeco store in Douala before the end of this year. Some administrative aspects and the Coronavirus pandemic compelled us to focus on the inauguration of our two Carrefour stores (the Akwa, formerly Dalip and the Douala Grand Mall) in 2020, and to postpone the inauguration of the first Supeco," says Luc Demez, CEO of CFAO Retail Cameroon, the French group that Carrefour (owner of the Supeco brand) partnered with for its African expansion.

According to Luc Demez, Supeco "is a supermarket with a range of essential products offered at highly competitive prices.”

“For bulk purchases, prices are further discounted. This model is different from all the retail systems currently existing in Cameroon. It targets families and is a solution for everyone seeking quality products at affordable prices (...) Professionals have, of course, good reasons to buy at Supeco,” he added.

The Supeco model is similar to the Cash & Carry concept, which consists of selling products in bulk and at competitive prices. In this segment, in Cameroon, Supeco will join the brand BAO (the first experience of such model in Africa) officially inaugurated by Fench mass retail group Casino in Douala, on March 28, 2018.

With the inauguration of its Douala-based Supeco, the Carrefour-CFAO Retail duo will have five supermarkets on the Cameroonian territory, including four in Douala (Bonamoussadi, Akwa, Douala Grand Mall and Supeco) and one in Yaoundé (Ekié).

Also, in the first half of 2022, the said duo is expected to inaugurate its PlaYce hypermarket in Yaounde, marking the end of the first phase of its expansion plan in Cameroon. This first phase plans for the construction of six supermarkets thanks to a XAF80 billion investment. “In three or four years, it is possible that we open new supermarkets outside Douala and Yaounde,” Luc Demez said in October 2019, during the inauguration of the Carrefour Market in Ekie, Yaounde.