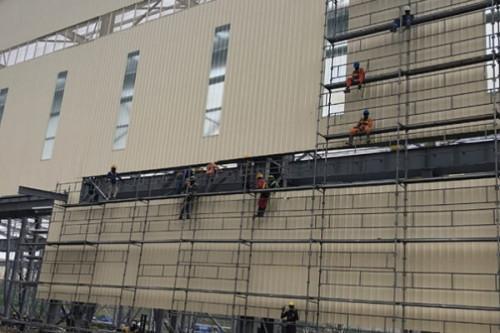 Based in the industrial zone of Bassa (Douala), “the plant will be the only rolling mill (a factory or machine for rolling steel or other metal into sheets) of this type in Africa,” a source close to the case indicates.

The plant to be supplied by German metallurgical plant supplier SMS Group (which is thus carrying out its first contract in Sub-Saharan Africa) will be delivered in Q1-2021. It will then be commissioned in H2-2021, after a trial and run-in period.

Prometal 4 is the result of a XAF40 billion investment supported by four local banks. According to an internal source to Prometal, it will increase the company’s yearly production from 200,000 to 300,000 tons. It will also allow Prometal to market products (such as beams, angle irons, smooth bars, and screws as well as flat bars and wire rods, which are intermediate products used to manufacture nails) that are currently imported by African countries.

A metallurgy expert explains that thanks to Prometal 4 and the new range of products to be marketed, Cameroon's trade deficit on iron-based construction materials could be reduced by 50%. It will also benefit the trade balance of Cameroon’s neighbors because (according to the promoters of this project) the plant is being set up to anticipate the explosion of demand induced by the major infrastructure projects being implemented in Central Africa and take advantage of the opportunities offered by the African Continental Free Trade Area (AfCFTA), which officially came into force on January 1, 2021.

Protection of the local industry

Let’s note that Prometal 4 will be commissioned in a context marked by uneasiness in the local steel sector. Indeed, in 2016, the government decided to suspend the importation of rebars due to its availability (both in quantity and quality) in the local sector. Companies in charge of the major infrastructure projects underway in the country still rely on imports. They either import the products fraudulently or seek special authorizations from some authorities, thus violating the import ban and depriving local producers of potential revenues.

Recently, authorities placed seals on a shipment of over 7,300 tons of rebar at the port of Kribi. According to the Standards and Quality Agency (ANOR), and the Ministries of Trade, Mines, Industries and Technological development, this construction material was fraudulently imported by Chinese company CHEC, for the 2nd  phase of the construction of the deep seaport of Kribi (commissioned in 2018).  Well-informed sources also announce the forthcoming arrival of another rebar shipment imported for the implementation of the Nachtigal dam construction project (420 MW) in the Central region.

In both cases, the importing companies claim that the quality of the local iron does not match their needs. However, this argument has been refuted, both by the attestations of the National Civil Engineering Laboratory (LABOGENIE) and by previous experiences in the use of locally produced rebar in large infrastructure projects, such as the 2nd bridge over the Wouri River, the Olembé and Japoma stadiums and the hydroelectric dams that were built in recent years in Cameroon.