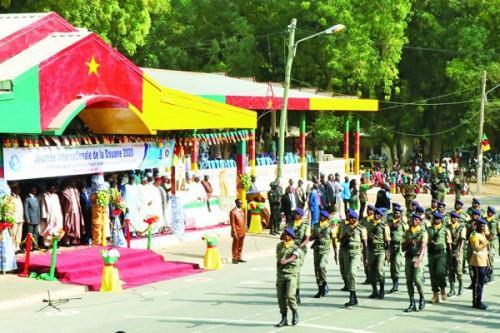 (Business in Cameroon) - On December 22, 2021, Étienne Laraba was officially inaugurated head of the Limani main customs bureau in the Far North. The Limani area was previously known as the epicenter of Islamist sect Boko Haram’s attacks. The inauguration officially marked the return of customs authorities, in that Cameroonian town bordering Nigeria, after seven years of being away because of the insecurity caused by the Islamist sect.

“During the insecurity period, no one could come to Limani and stay for even a minute. Limani was emptied of its population. Nowadays, however, things have improved. People are gradually coming back and economic activities have picked up,”  said Saïdou, a young resident, to regional triweekly L’œil du Sahel.

The town was once a hub of commercial exchanges between Cameroon and Nigeria. This intense economic activity, unfortunately, became subdued in 2014 with the multiplication of armed attacks, suicide bombings, abductions, vandalism, and looting perpetrated by Boko Haram members. Calm returned to the area with a response from the Cameroonian army. This facilitated the renovation of several infrastructures destroyed by Boko Haram and the revival of economic activities.