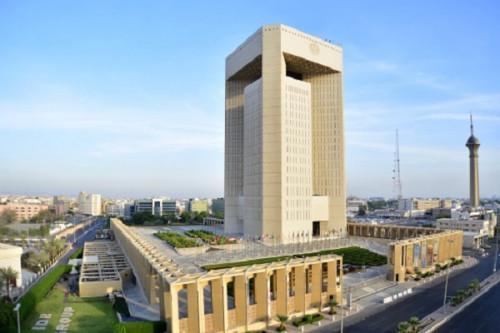 (Business in Cameroon) - On April 12, 2021, the International Islamic Trade Finance Corporation (ITFC), through its CEO Hani Salem Sonbol, signed a three-year financing agreement with Cameroon, represented by the Minister of Economy Alamine Ousmane Mey. According to the press release issued by the ITFC, the agreement amounts to $750 million or XAF413.3 billion.

Specifically, over the three years covered by the agreement,  ITFC (a subsidiary of the Islamic Development Bank -IsDB) will provide $250 million (about XAF138 billion) to Cameroon every year for the acquisition of medical equipment and consumables as well as the importation of commodities in strategic sectors like mining and energy.

Thanks to this financial assistance, the supply of fuel and other white oils that Cameroon has been importing since the May 31, 2019, fire outbreak at its refinery SONARA is guaranteed. Also,  through that three-year agreement, ITFC will extend its support to Cameroonian SMEs and the private sector by notably opening credit lines via local banks and financial institutions.

"The three-year renewal of our cooperation framework is a sign of the good and strong cooperation between Cameroon and ITFC, and of the continued goodwill to implement a successful planning strategy in the country. The US $750 Million financing will help the Cameroonian government consolidate its economic recovery efforts in the specific context of the fight against the COVID-19 pandemic," commented Minister Alamine Ousmane Mey.

However, the loan agreement is being signed while some of the previous loans agreed by the IsDB for Cameroon are yet to be disbursed.

Indeed, as of December 31, 2020, the volume of loans committed by the IsDB to Cameroon but yet to be disbursed was XAF313.8 billion while the outstanding loans owed by the country towards this financial partner was XAF206.9 billion, according to the national sinking fund CAA. The said committed but undisbursed loans include agreements signed in 2010 (for the construction of the Sangmelima-Djoum road for instance).

Overall, the new loan agreement will boost the country’s public. According to the CAA, as of December 31, 2020, the country’s debt was XAF10,334 billion (46.9% of GDP). Therefore, the CAA, the African Development Bank (AfDB), and several international financial partners estimate that the country is at high risk of debt distress.