Cameroon spends 35.6% of tax revenues in salaries and wages, above threshold approved in Cemac 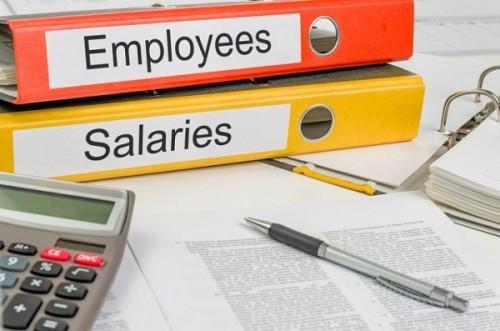 (Business in Cameroon) - In 2018, Cameroon spent XAF956 billion in salaries and wages. This represents 98.6% of the XAF969.8 initially forecasted to be used, according to the 2018 Budget Execution Report issued proposed by the Finance Department.

The wage sustainability ratio over the period was 35.6%, slightly above the 35% decided in the sub-region, CEMAC. Ratio is however down compared to 2017 when it was 39.7%, much higher than the Community norm.

CEMAC has set the wage-to-tax revenues ratio as an indicator of wage sustainability under the multilateral surveillance system. The ratio is calculated by dividing staff costs (permanent expenditure and other staff costs) by gross tax revenues. CEMAC believes that in order to be sustainable, the wage bill must be less than or equal to 35.0% of tax revenues.

The wage sustainability evaluates the State's ability to remain solvent or creditworthy, while ensuring sustainable wage payments without a continuous increase in debt stock. It refers to the State's ability to meet all its commitments, taking into account both its potential of available resources and the volume of wages it is expected to pay to all public agents.