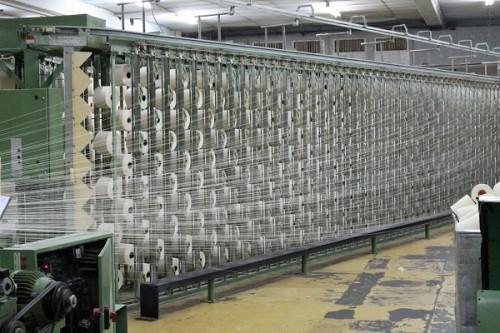 (Business in Cameroon) - Out of a production forecast of 912 bales, state firm CICAM officially produced only 100 bales (about 10% of target) of printed fabric for the World Teacher’s Day to be celebrated next October 5. This over 800 bales gap will leave holes in the firm's treasury.

As CICAM's management explains, since Chinese and West African printed fabrics started entering the regional market, the firm lost its leading spot in the market. As a result, its main income providers are celebrations like International Women’s Day (March 8), Labor Day (May 1), and Teacher’s Day (October 5). Recently, the firm announced that it was unable to produce enough printed fabric to meet the demand for Women’s Day because of cash flow problems and machine failures. This scenario is about to repeat itself.

On September 9, 2021, during a meeting with staff representatives, Édouard Ebah Abada, CICAM's director-general, depicted the problems facing the state firm. First, the printmaking press was defective. So for two months, CICAM was unable to create prototypes. Also, Gas supplier GDC suspended its supplies because of outstanding invoices, causing CICAM to resort to using fuel to generate the energy it needs; This led to outrageous expenses. Furthermore, there were problems with the three heaters the company uses. All these problems slowed the firm’s operations. According to credible sources, it was even forced to refund the prepayments for some orders.

With all these production deficits, 2021 promises to be a bad year for CICAM in terms of financial resources. Internal sources indicate that the company did not pay the August 2021 salaries and there is no telling whether those of September 2021 will be paid or not.  Due to that fact, the staff has stopped working at the Garoua plant since September 10, 2021.