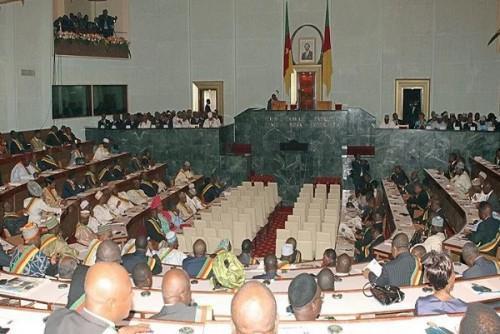 (Business in Cameroon) - In the framework of the extraordinary session of the national assembly held today December 13, 2019, Cameroon submitted a draft law on the special status of the Northwest and Southwest affected, since October 2016, by sociopolitical crisis.

In the draft law, one of the important innovations is the derogatory status of the North-Western and South-Western regions, in accordance with the provisions of Article 62 (2) of the Constitution, and in accordance with the recommendations of the Grand National Dialogue on the Anglophone Crisis, held from 30 September to 4 October 2019 in Yaoundé.

In this perspective, the bill establishes a special legal regime which, in addition to those recognized in other regions, confers powers to the North-West and South-West regions based on their specific nature. These concern participation in the elaboration of national public policies for the English-speaking educational system and the administration of justice in accordance with the Common Law subsystem (a judicial system inherited from Great Britain), the creation of regional missions and the development of traditional chieftaincy.

Another element is the regional bodies in the North-West and South-West regions: the Regional Assembly and the Regional Executive Council.

The regional assembly, a deliberative body, is composed, as in the other regions, of 90 regional councilors divided into two chambers: the “house of divisional representatives” and the “house of chiefs.” The two chambers meet on the same dates, separately or together depending on the matters on the agenda.

The Chamber of Delegates, which is also chaired by the President of the Regional Executive, has 70 members. The traditional leaders' committee is chaired by the vice-president of the regional executive and includes 20 members elected in accordance with the legislation in force. This chamber gives its assent on issues related to traditional chieftaincy, sites, monuments and historical remains, cultural and traditional events, oral tradition and the regional language map.

The regional administration is composed of a president, a vice-president, two secretaries, a quaestor, as well as three commissioners responsible for economic development, health and social development and educational, sports and cultural development respectively.

Finally, another important innovation provides for the establishment of an independent ombudsman called the Public Independent Conciliator in the Northwest and Southwest regions. The “Public independent conciliator” is an independent authority responsible for receiving complaints concerning managers in their relations with the public, the functioning of regional administrations, communities, companies and public institutions and for ensuring respect for regional specificity in the fields of the use of the English language, the practice of common law and the implementation of the English-speaking educational subsystem.