Trade and Investments: The US largely outrun by China in Cameroon, in 2018 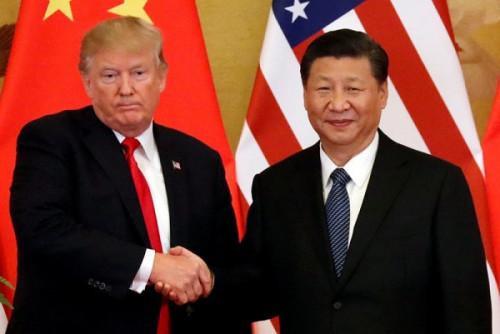 (Business in Cameroon) - The task is likely to be complicated for the United States, which wants to become Africa's leading economic and trade partner, a rank currently taken by China. The situation in countries like Cameroon is a good example of the daunting task awaiting The United States of America to fulfill its ambition in Africa.

Today, China is both the largest customer and supplier of Cameroon, a pivotal country in the Gulf of Guinea, declared as a “zone of vital interest” by the United States. According to the national institute for statistics (INS), in 2018, China purchased and sold goods and services worth more than XAF469 billion and XAF628 billion in Cameroon. Beijing, therefore, controls 22.2% of Cameroon's total export volume and 18.5% of its import volume.

According to the INS, despite the trade facilities offered to African countries, notably through the AGOA (African Growth and Opportunity Act), the United States ranks 12th and 6th respectively with 2.6% of the country's exports and 3.6% of imports. In 2018, Washington’s purchases and sales of goods and services in Cameroon was worth more than XAF122 billion and XAF107 billion respectively.

China is also the largest donor in Cameroon. According to figures published by the country’s debt amortization fund (CAA), in April 2019, out of an outstanding external debt of XAF5772.8 billion, XAF1627.7 billion, or nearly 30% of the total external debt, was owed to China.

In March 2018, the Presidency of the Republic of Cameroon stated that the country "is the second-largest African beneficiary of Chinese financing." On the other hand, the United States is not on Cameroon's list of bilateral creditors.

According to the same sources, China has also become the largest investor in the country of Paul Biya. Data from the United Nations Conference on Trade and Development (UNCTAD), Yaoundé, indicated that “between 2000 and 2014, Cameroon captured XAF2750 billion in foreign direct investment (FDI), including XAF1850 billion from China. This represents about 67% of the FDI entering Cameroon.”

“The other FDI came from countries such as France, the United States, and Nigeria,” the presidency of the Republic of Cameroon indicated. In 2018, the FDI from the USA in Cameroon amounted to $14 million (about XAF7.8 billion). According to the US Department of Commerce, this figure is up by 55.6% compared to the FDI in 2017. In that year alone, China claimed to have invested $88 million (XAF51 billion) in the same country.